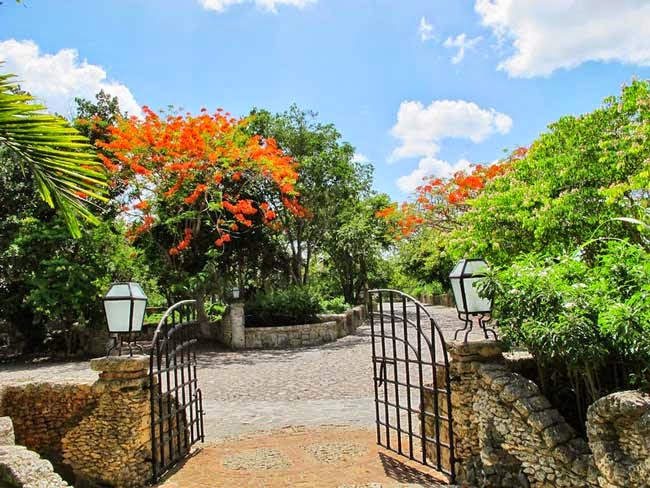 June is the sixth month of the year, which means we’re already halfway through 2014! So in addition to being the start of the Atlantic Hurricane Season, what else can we expect for this month of June?

Below we bring you a complete overview of all you can expect in this month… the weather, seasonal fruits and flowers, holidays, social events, and also our top 10 memories of June 2013.

Rainfall: 57.1 mm (La Romana has the lowest of all areas in the Eastern region of the Dominican Republic)

No. of rainy days: approximately 3 days per month

Sunrise: Approximately at 5:59am

Sunday June 1st, marks the official start of the hurricane season in the Dominican Republic. Over the last few days we have seen several downpours throughout the country [click here to check out the 2014 Atlantic Hurricane Season forecast]… but according to forecasts, among the provinces in Eastern Region, La Romana city has the lowest occurrence of rain; which means that we’ll enjoy a great weather here in Casa de Campo!

The cashew tree is a tropical evergreen that produces the cashew nut and the cashew apple. Officially classed as Anacardium occidentale, it can grow as high as 14 metres (46 ft), but the dwarf cashew, growing up to 6 metres (20 ft), has proved more profitable, with earlier maturity and higher yields.

In Casa de Campo we can see the cashew, Cajuiles in Spanish, growing on the Teeth of the Dog

Click here to read more about the beautiful Flamboyant tree!

“Corpus Christi” Day, is a feast day based on Catholic traditions and religious beliefs – also shared among many European and Latin countries. On this day many attend church to commemorate Jesus’ last supper as a way of showing love and gratitude; a principal Christian ritual.

World Environment Day (WED) is the United Nations’ principal vehicle for encouraging worldwide awareness and action for the environment. Over the years it has grown to be a broad, global platform for public outreach that is widely celebrated by stakeholders in over 100 countries. It also serves as the ‘people’s day’ for doing something positive for the environment, galvanizing individual actions into a collective power that generates an exponential positive impact on the planet.

The official designation of World Oceans Day is an opportunity to raise global awareness of the challenges faced by the international community in connection with the oceans. The lungs of our planet, providing most of the oxygen we breathe, the oceans are also a major source of food and medicines and a critical part of the biosphere.

Teachers’ Day (or Teachers Day) is a special day for the appreciation of teachers, and may include celebrations to honor them for their special contributions in a particular field area, or the community in general.