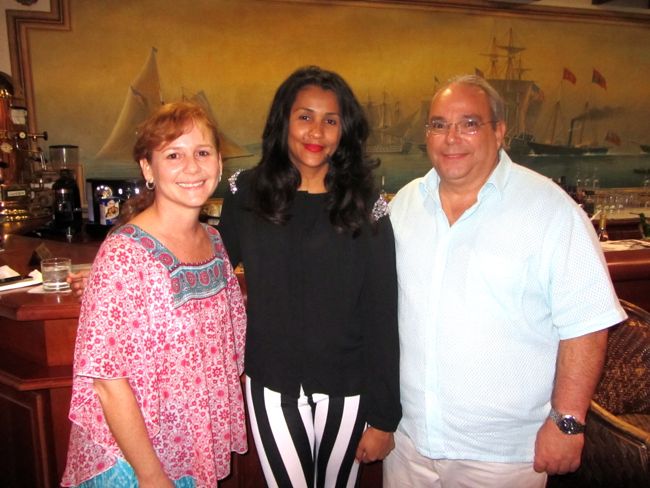 Alongside ours glamorous Casa de Campo lady-folk, seen relaxing and enjoying the event and yacht club, decorated with flags and navy icons, were some Casa de Campo gentlemen. Unusually for a Cafe de la Leche event, on this occasion ladies were allowed and encouraged to bring a male guest along.

Something very important in the event was that, apart from being a pleasant meeting between friends – who always support the initiative of this activity; to provide milk for the Hogar del Niño (an educational and “day care” center in La Romana (see below more information) – a new project, which aims to teach music to the hearing and speech impaired children of the Hogar del Niño school (click here to know more about the Muse Seek Project).

Xiomarita Matos, president of Hogar del Niño, in her speech, was clearly very excited to tell all the guests how important and magical the new project is for the more than 100 hearing and speech impaired children they have in the school.

“I know it is an innovative project that will change the lives of many hearing impaired children in Hogar del Niño school,” said Xiomarita.

And of course congratulations to the Marina Casa de Campo for hosting a wonderful Cafe de la Leche gathering.

The Cafe de la Leche is a monthly charitable event, a little like a coffee or a tea party held for the ladies of Casa de Campo (although men are occasionally invited) to boost the milk supplies of the Hogar del Niño in La Romana – which uses the milk to feed the more than 200 babies cared for daily in it’s crib room. Everyone is welcome to attend this great event, it’s totally free – you are just requested to bring some dried/powdered milk, cereals or baby formula to contribute. The Hogar del Niño is a children’s day-care and education center in La Romana which cares for more than 1300 children every day.