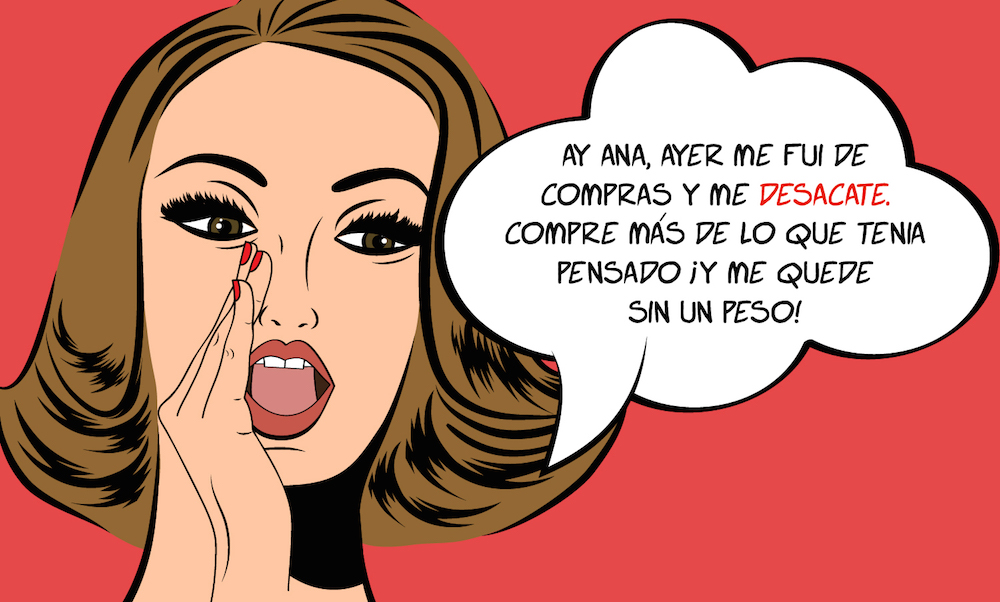 It’s time to add another word to our Dominican-English dictionary! In the past, we posted regular articles that helped our readers understand some of the most popular “Dominican” words, expanding and refining their local vocabulary with something interesting, but also very useful! For better communication within this wonderland that is the Dominican Republic, let’s get started…

This week we have: “Desacatao”. There is no information about the exact origin of this word, but it could be from the word “Desacato” which means Lack of respect or consideration of superiors, disobedience, rebellion. Some would even argue that the correct way to say this word is “Desacatado” but in this country, it is customary in slang to remove the letter d in a word that ends in ado, like for example a few words we’ve learned before, detaltalao from destartalado and aficiao from aficiado.  Let’s see its definition and practice:

Ay Ana, ayer me fui de compras y me desacate. Compre más de lo que tenia pensado ¡y me quede sin un peso! / Ay Ana, yesterday I went shopping and I spent way more than I had in mind!  What was I thinking!

Mi hijo esta desacatao! No me quiere obedecer, se esta portando muy mal. / My son is misbehaving! He does not want to listen to me.