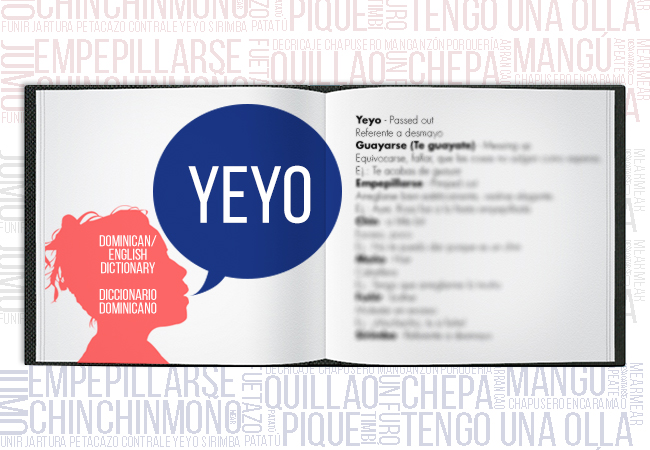 Are you doing your list? So far we have learned 4 new Dominicans words (jumo, guayarse, deguabinao, jartura), and today we bring you another word that you should include in your repertoire when communicating with your friends in the Dominican Republic.

Dominicans are creative people, something which is specially evident, in the way we talk – often using words that are not listed in the dictionary.

This Dominican word is never left out when a Dominican talks about anything related to someone who abruptly had a decrease in his blood pressure hence causing dizziness or fainting in certain situations. Without further ado, Let us introduce you to this famous Dominican expression:

“Yeyo” means ” to pass out” or “to get dizzy”. It is used when a person feels a sudden discomfort, as if they had a drop in blood pressure. It is also used to indicate that a certain person suffered a breakdown for having received shocking news or a scare.

Dominican 1: ¿Qué le pasó a María? /  What happened to María?

Dominican 2: Le dio un yeyo del susto tan grande que estaba viendo estrellitas / She got so scared that she got dizzy and said that she could see stars.

Si ese celular se daña a mi me da un yeyo / If my cellphone breaks I will pass out.