Our hats off to Costasur and Casa de Campo for hosting the best Dueños celebration of recent years. The party at the beach was epic.

In fact the entire Dueños 2013 celebration, hosted by Costasur and Casa de Campo for Casa de Campo villa owners this past weekend on Friday and Saturday the 23rd and 24th of November was outstanding.

The event began on Friday afternoon at the La Romana Country Club with the “Entrega de los regalos” (giving out of Dueños souvenirs), during which SILGON (creators of CasaLife, casadecampoliving.com, TODO Casa de Campo, TODO La Romana – Bayahibe and INMORTALES) celebrated the start of the occasion with a brindis sponsored by Chivas 18.

Bright and early on Saturday morning, the fun-filled day of activities began with the sunrise yoga on Minitas beach, followed by all the sporting events Casa de Campo has to offer; tennis, golf, polo, shooting and the Casathon, as well as a cooking exhibition led by Mamma Egi (Maccioni).

And then it was time for the beach party, which with a beautiful set-up in the sand and absolutely fantastic live music with Victor Mitrov was phenomenal. We literally danced the night away… it even got a little bit wild with some dancing on the stage (photos and video to come!)

During the entire Dueños 2013 celebration we took more than 1,000 photos, so please be patient while we organize them all for you to see. In the meantime here we bring you an overview of this epic event. 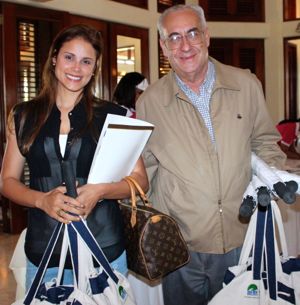 Among the guests we spotted former Miss Universe, Renata Soñe, as well as Miss Peru, who finished in 4th place in the Miss Universe contest! Who knew we had so many international beauties in our community?! 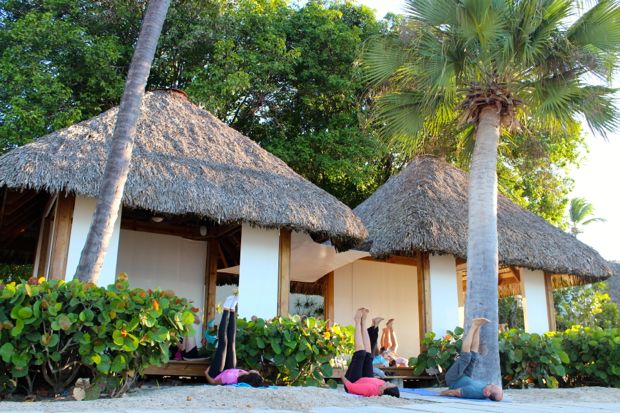 A little after sunrise and in the early morning glow at Minitas Beach, a surprisingly large group of Casa de Campo villa owners welcomed the morning with a invigorating yoga class led by local yoga teacher and holistic life coach Kyra Montague.

Each competitor of the shooting tournament got 25 shots to prove themselves as Casa de Campo’s best marksman (and woman). For many, the Dueños 2013 clay shooting tournament was their first attempt at this deceptively challenging (both physically and mentally) sport – perhaps some discovering a passion and talent that will see them shooting more regularly in the future? 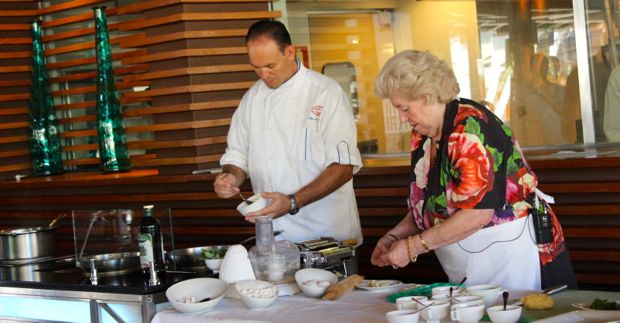 We loved the cooking exhibit with Mamma Egi, the matriarch of the Maccioni family, whose famous Le Cirque restaurants can be found all across the world, including here in Casa de Campo. At La Caña by Il Circo, Mamma Egi with Chef Massimo Caretta, demonstrated how to cook some of her most famous Tuscan specialities including the special Mamma Egi ravioli and her crème brûlée. The best part of all was tasting the dishes! Yummy!

The sun shone brightly on the Dueños 2013 polo tournament, which was watched by both Casa de Campo villa owners, as well as Casa de Campo hotel guests.

More than 1,000 Casa de Campo villa owners and their families enjoyed a magnificent night at Minitas Beach. With tables, chairs and lounge areas in the sand, the concept truly embraced the tropical beauty of the Casa de Campo resort.

It was epic. We loved it.