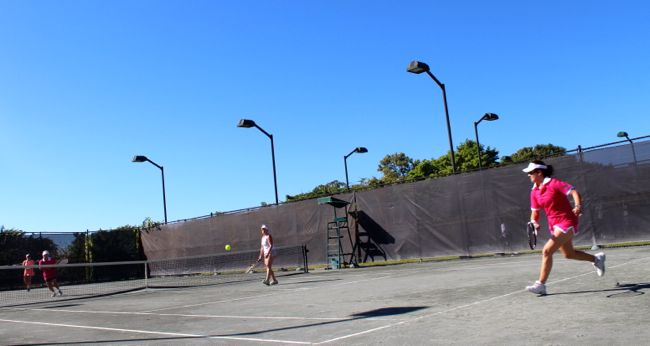 While all across the resort, Casa de Campo villa owners took part in a wide range of different activities (yoga, the Casathon, shooting, a food exhibition by Mamma Egi, polo and golf), from 9am the Dueños 2013 tennis tournament took place.

The tournament was played as a round robin, so that every player, played every other player in his/her group and the winners were determined at the end. The competition was divided into 4 categories: juniors, male, while the adults played doubles, male and female.

Expertly organized by Casa de Campo director of tennis Emilio Vasquez, with the help of his excellent team the event was a great success.

Click here to see coverage of all the other Dueños 2013 events!

The following collection of photos were taken during the Dueños 2013 tennis tournament at La Terraza Tennis Club in Casa de Campo: