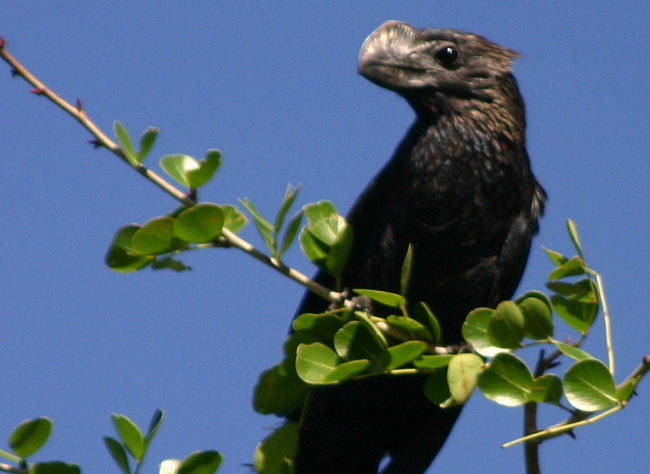 It is impossible not to see these birds while visiting Casa de Campo. In fact they are so common that you probably haven’t paid them much attention.

The Smooth-billed Ani, called the “Judio” in Spanish, is everywhere. Wherever you look and wherever you go in Casa de Campo, there they are – perched in the trees, on the telephone wires, on the sides of the road, in the bushes… literally everywhere.

A gregarious bunch, you will always seem them in noisy groups, making a noise which sounds like “Judio”, which is where their Spanish name comes from.

The Smooth-billed Anis are a resident breeding species from southern Florida, the Bahamas, the Caribbean, parts of Central America, south to western Ecuador, Brazil, and northern Argentina.

This strange bird is in the same family as the roadrunners and cuckoos, most of which have long slender bodies and long tails. Here in Casa de Campo, the Smooth-billed Ani is most closely related to the Lizard Cuckoo, a species which is endemic to the island of Hispaniola, which although more brightly colored is about the same size and has the same shape tail.

This is the ninth article of our series “Birds of Casa de Campo”, in future articles you can look forward to reading about: the Broad-Billed Tody, the Barrancoli, and many more!