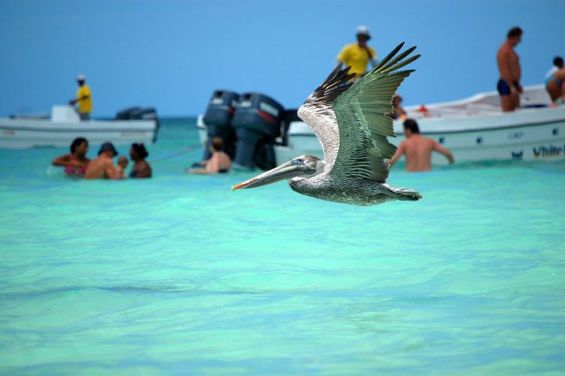 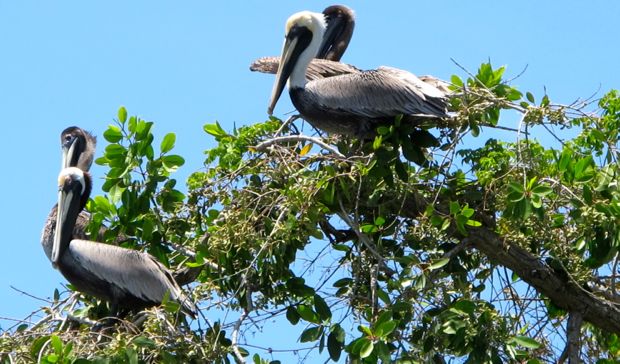 You can spot Brown Pelicans in a number of spots in and around Casa de Campo. They are most abundant living in large groups in the mangroves of the Chavón river – which you can view on a boat trip from Minitas Beach (click here for details).  These flocks of Brown Pelicans can be seen perched in the trees, occasionally circling around before diving at great speeds into the water to snap up fish.

Brown Pelican seen in the mangroves of the Chavón river 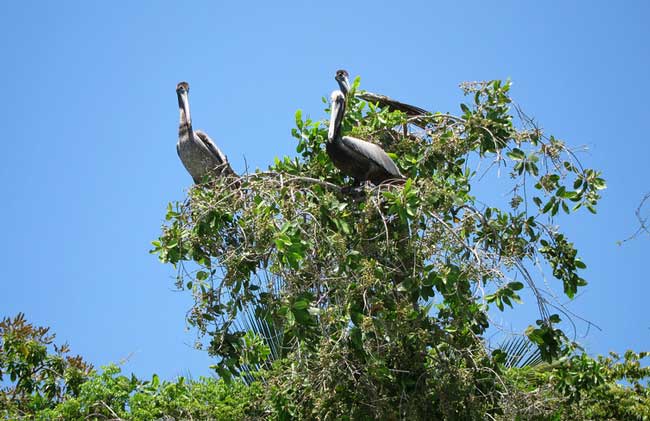 Brown Pelicans can also be seen off the Casa de Campo coast – from Minitas Beach, as well as all along the Teeth of the Dog golf course, as well as at any one of the many local beauty spots you can visit on a boat trip out of the Marina Casa de Campo; Catalina Island, Palmilla and Saona Island for example.

Despite being the smallest species of Pelican, Brown Pelicans, have a wingspan of up to 8ft and are actually more grey in color, with white necks and heads, often with a pale yellow crown. Interestingly, while we imagine all pelicans dive into the water to feed, the Brown Pelican is actually only 1 of 2 species of pelicans who do this.

Note: This bird is readily distinguished from the American White Pelican by its non-white plumage, smaller size and its habit of diving for fish from the air, as opposed to co-operative fishing from the surface.

This is the second article of our series “Birds of Casa de Campo”, in future articles you can look forward to reading about: American Kestrel, Village Weaver, Hispaniolan Woodpecker, Hispaniolan Parakeet and much more.

Click here to read part 1: The Hispaniolan Parakeets of the Teeth of the Dog