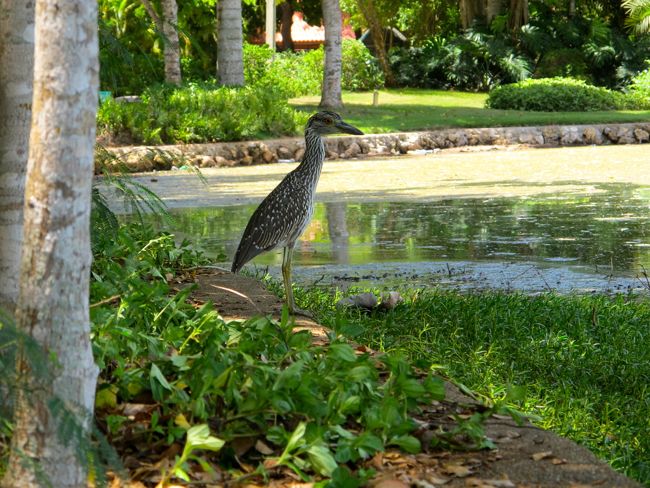 The island of Hispaniola, shared between Dominican Republic Haiti, has more than 300 different bird species, of which 32 are endemic, meaning that in the entire world, this is the only place they can be found; so pay attention and let’s take a look at another bird species found in Casa de Campo.

The herons are fans of the water, three different types can be found in Casa. We’ve spotted the Yellow-crowned Night-Heron (Yaboa), which is small and speckled brown, the magnificent Great Blue Heron (Garzón Cenizo), as well as the Green Heron (Cra-Crá) near the lakes of hole 14 and 18 of the Teeth, as well as the numerous lagoons of the Links, and along the ocean.

This is the type of heron you are least likely to see here in Casa de Campo, as they are solitary birds and are most active at night. You are most likely to spot a Great Blue Heron (Garzón Cenizo) or Green Herons (Cra-Crá), and of course there are also the Great Egrets (Garza Real) and the Cattle Egrets (Garza Ganadera), that look very similar, and there are lots of those, especially in the Chavón river area.

This is the fifth article of our series “Birds of Casa de Campo”, in future articles you can look forward to reading about: the Broad-Billed Tody, the Barrancoli, the Hispaniolan Lizard Cuckoo and many more!