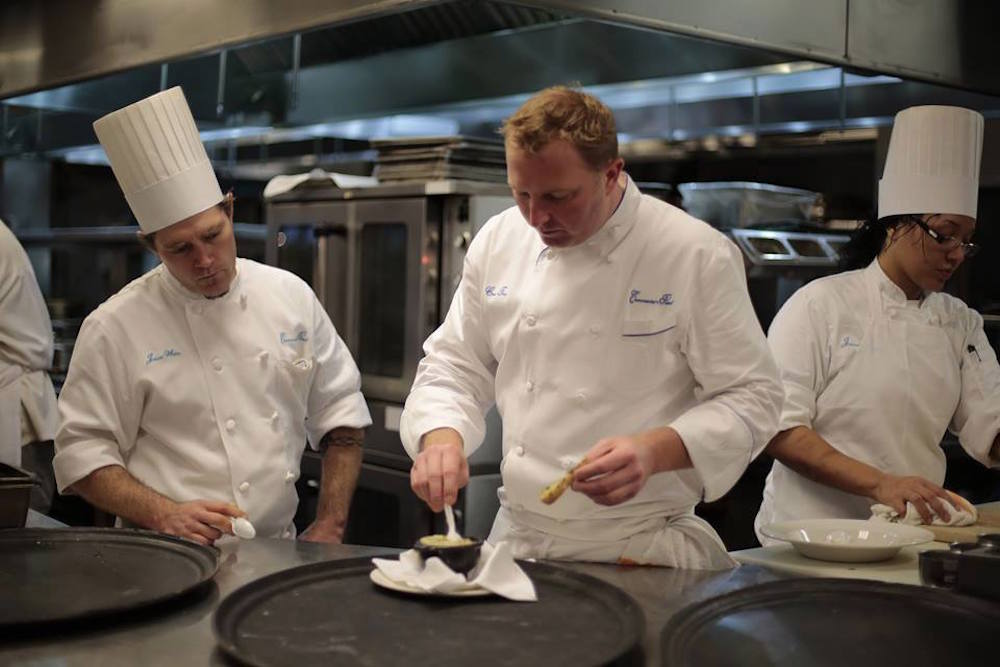 After a successful last event in August featuring Buenos Aires with Chef Fernando Rivarola who transported us to Argentina with a special chef’s tasting menu, “Flavors of the World” is back after a short break to bring us creole-inspired dishes with James Beard Rising Star Chef and Best Chef South winner, Chef Tory McPhail from the Commander’s Palace in New Orleans. This new edition will take place from October 27th through the 29th.

Chef McPhail is a native of Ferndale, WA, a small town near the Canadian border, where he grew up on his family’s farm and learned to appreciate fresh, local foods. He states, “I knew food didn’t just come from the grocery store and magically appear there. Being able to watch it all grow gave me a passion for natural foods.” After graduating from school, Chef McPhail attended the Seattle Community College where he received an ACF-accredited degree in culinary science; he then moved to New Orleans at age 19 driven by its culture, history, Creole dishes and more. He was hired by Commander’s Palace Executive Chef Jamie Shannon and stayed there for a few years, later leaving to continue learning and gain more experience. He worked in Florida at the Breakers Hotel, in London at the Michelin-starred L’Escargot and Michelin two-star Picasso Room, and finally the Virgin Islands at Caribbean/Creole-intensive Mongoose Restaurant before returning to the Commander’s Palace in Las Vegas in spring of 2000 as the executive sous chef. In January 2002, he was invited by Chef Jamie Shannon to return to New Orleans where he was named executive chef of the original Commander’s Palace.

Chef Tory McPhail and the Commander’s Palace have continued to be at the top of critics’ lists, and he has appeared on various TV shows such as: a guest judge on “Top Chef,” on NBC’s “Today,” CBS’s “Early Show,” “Paula’s Party” with Paula Dean, “After Hours With Daniel Boulud;” and numerous Food Network programs, including: “Sara’s Secrets,” “My Country, My Kitchen,” “Into the Fire,” and “Bobby Flay’s Food Nation.” He also co-hosted, “Off the Menu” which aired on Turner South Network for six years. McPhail even has his own line of sauces and vinegars!

This is definitely a FOTW edition you cannot miss! We are salivating over Shrimp and Tasso Henican, Duck & Foie Gras “Ravioli,” Caribbean shrimp salad, Down Island French Toast, and many more of Chef McPhail’s authentic Creole creations and upgraded tweaks on classics. Stay tuned as we will soon bring you the program of events for the Flavors of the World New Orleans weekend!

Flavors of the World New Orleans with Chef Tory McPhail

*Chef bio from torymcphail.com and pictures from Commander’s Palace.