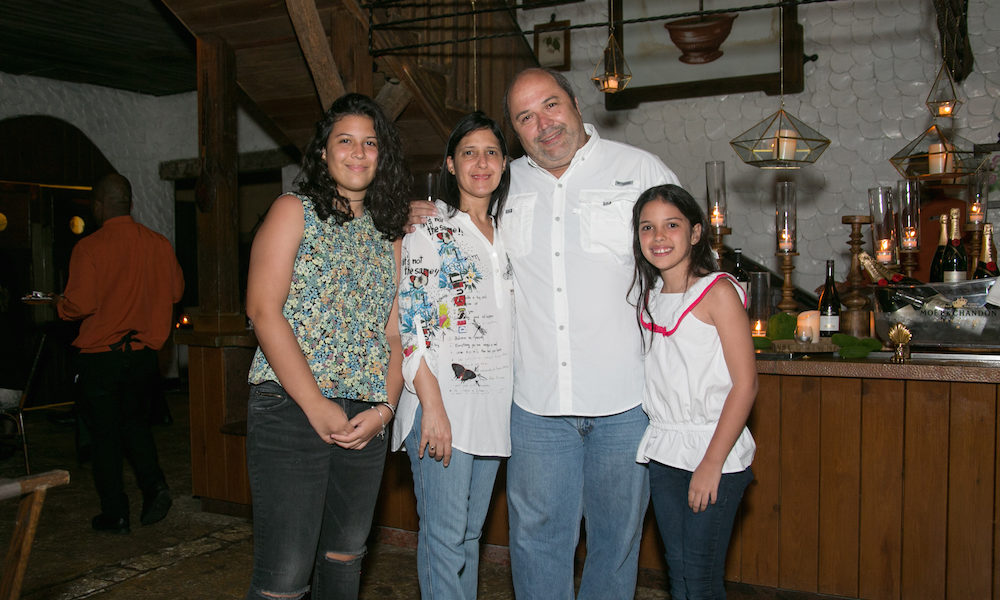 La Piazzetta has been the setting of the past two Flavors of the World food events and its rustic charm has had dinner guests praising the intimate location. Friends commented that in the city chef’s tastings can be a little too glitzy and filled with photographers, whereas in Casa de Campo they’re pleased to experience it’s really about the food and dining with family. Chef Fernando Rivarola brought an authentic form of Argentinian gastronomy to the resort true to his El Baqueano style.

A seven-course menu tasting began with Crispy Pacu, Tomato Tapenade, and River “Ham,” the pacu coming from the Paraná, one of the longest rivers in Argentina, its skin was fried for a crispy chip foundation and loin cured for a very flavorful and original aspect to the dish. It was followed by Beef Crudo, Quinoa, and Amaranth, and despite the petite proportion was extremely filling and satisfying with three types of quinoa.

Many dishes stood out among the evening. A fine-dining twist was placed on Langostinos, as the classic dish from the south of Spain was lightly cooked by drizzling hot oil on top of the seasoned fish already on the plate. Flavors of the World fans, and there were many— including menswear designer Jose Jhan— loved Chef Rivarola’s classic Argentinian flair. A plate of Veal Sweetbreads and False Embers embodied the country’s affinity for grilling over wooden fires, and this particular dish oozed smoke upon arrival. Paired with yucca died with squid ink, it was as much a painting as a delight for the tastebuds.

Various wines chosen by El Baqueano’s sommelier, Gabriela Lafuente accompanied each plate and brought out the ingredients’ rich flavors. When asked how she chooses her selection, she explained the aim is to select the same similarities and properties in the wine as the food. By far, a favorite plate of the evening was the Lamb “Garron” that was roasted for 20 hours! It practically fell off the bone and right into our mouths with smoked eggplant purée drizzled in a sweet demi-glace.

Such a delectable dinner was completed with a pre-dessert offering a rush of citrusy flavors and fresh herbs chilled by liquid nitrogen. It followed with a deconstructed version of Alfajor, made with syphon cake, dulce de leche and chocolate ice-cream. Pleasantly full and struck by the enchantment of it all, newcomers vowed to come to every future Flavors of the World event!

The following gallery of images was taken by Mairobi Herrera on Saturday, August 12th at La Piazzetta for Flavors of the World Buenos Aires: