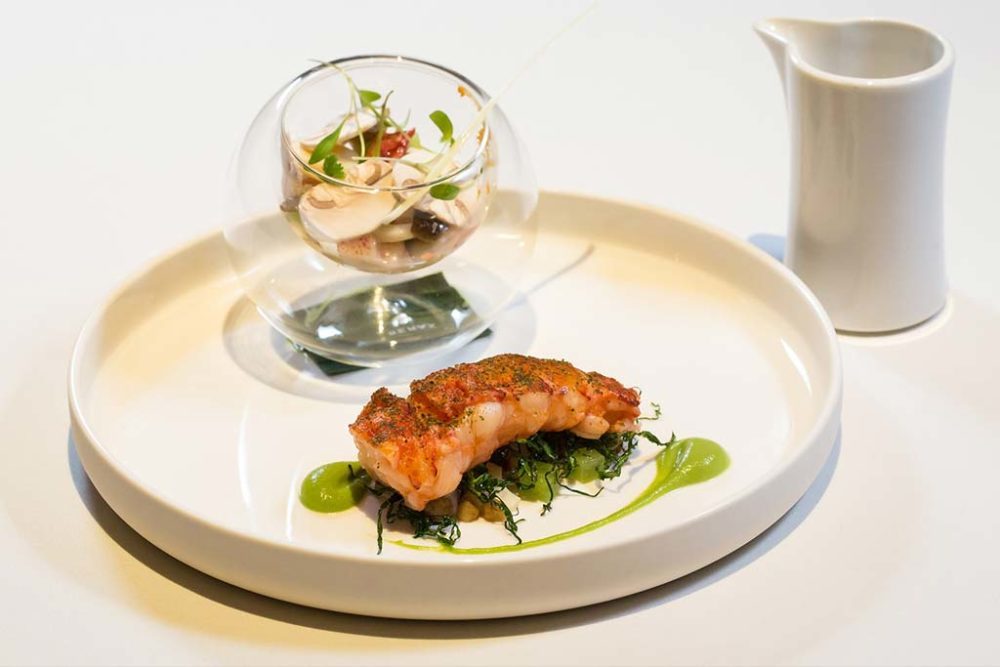 Recently, we were able to enjoy a number of extraordinary dishes prepared by elbulli alumni Jorge Puerta, Pablo Pavón, Antonio Romero, and Casa de Campo’s Executive Chef Anthony Masas, who are all graduates from the famous restaurant located in Roses, Spain. Now, we won’t have to wait long to enjoy more delicious food in our favorite gastronomic series, “Flavors of the World” since it will be back on July 21st!

“Flavors of the Word” events in Casa de Campo have easily become one of the most popular activities in Casa. One that people anxiously wait for to discover new, exotic, and exquisite tastes without having to leave the resort. It is also the perfect opportunity to sit down with friends and family and enjoy great food. Next month, the series will continue, highlighting London with Michelin star Chef Alyn Williams of the Alyn Williams Restaurant at The Westbury in London.

The Michelin Guide is a big fan of Williams’ restaurant: “Confident, cheery service ensures the atmosphere never strays into terminal seriousness; rosewood panelling and a striking wine display add warmth. The cooking is creative and even playful, but however elaborately constructed the dish, the combinations of flavours and textures always work.”

Chef Alyn Williams has always loved cooking. His first real kitchen job was working as a kitchen hand in a gentleman’s club in St. James, where he was later promoted to cook.  His career progressed through various kitchens, working at Les Alouettes in Surrey under Michel Perraud. During his time there, it won a Michelin star which was then one of only 25 restaurants in Britain with any Michelin star. To this day, he considers Michel Perraud one of his great mentors.

Following Les Alouettes, he worked for a brief time in the kitchen of David Everitt-Matthias at Le Champignon Sauvage which now has two-star Michelin recognition. At one point, Alyn Williams decided to set aside his culinary career for traveling, which he describes as a truly life-changing experience.

It wasn’t until 2011 that he opened his own restaurant, Alyn Williams at The Westbury in London, which continues to hold great reviews by everyone who visits. After less than a year of service, it won a Michelin star along with the coveted ‘National Chef Of The Year’ title, three AA rosettes, and voted 15th in the National Restaurant Awards. With mouthwatering dishes in such as Miso cured sea bream with tamarillo jelly and Lobster taco with chipotle mayo, we cannot wait to see what he brings next month for our enjoyment!

The weekend’s culinary events, taking place from July 21st – 23rd, will be held in La Piazzetta and include a Chef’s Tasting Menu on Friday and Saturday night, followed by the traditional Flavors of the World casual brunch on Sunday morning and afternoon. Reservations for the culinary events cost $125 per person, and as always brunch is a la carte.

FLAVORS OF THE WORLD LONDON

*Pictures from Alyn Williams at The Westbury and his Instagram.