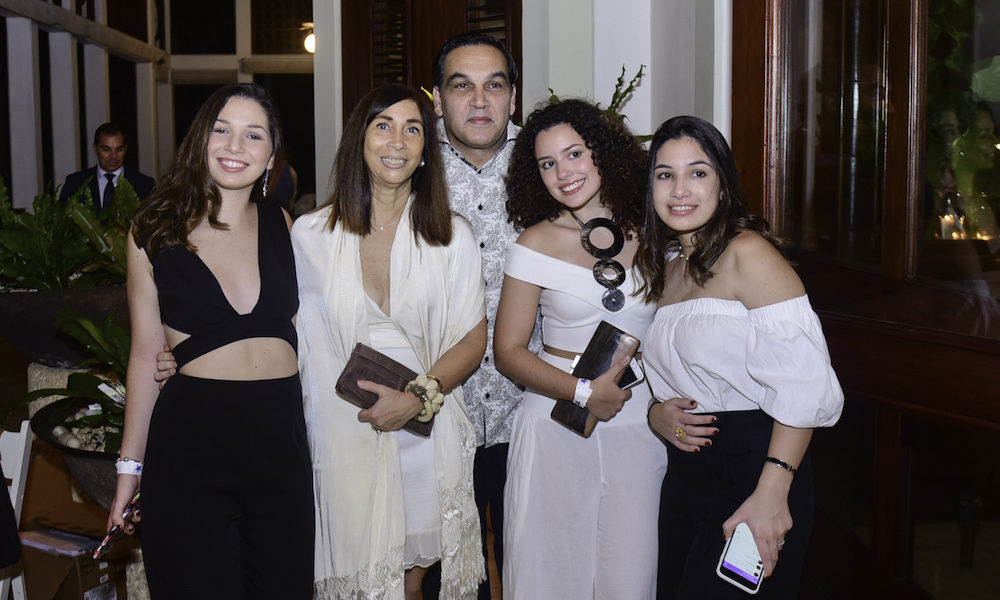 More than 1,600 villa owners attended the Dueños dinner celebration at La Romana Country Club hosted by Costasur and Casa de Campo to mark the end of the 2017 Dueños Weekend. Pack with guests upstairs and downstairs, the country club, whose set up was decorated by Omar Garrido, extended its seating out onto the terrace by the pool and lawn under covered tents. The rain that had scattered throughout the day held off for villa owners to share a marvelous night with an awards ceremony, dinner, and dancing.

The hosts thanked all present for their loyal support and trust to the community. Mr. Alfonso Paniagua, Executive VP of Costasur, said, “Welcome everyone, I hope that together your family and friends are enjoying it; as I have always expressed to you before, this is just a small sample of our gratitude to all of you for being part of Our Great Family Costasur.” He also reminded the community about his retirement effective on December 31st, and that he will remain as a consultant at Costasur.

At the dinner and throughout the eventful weekend, Juan Velázquez, Vice President and Administrator of Costasur Dominicana, touched on the resort’s recent projects that have made the year such a success. He pointed out the resort’s development in infrastructure, citing the opening of the 2km parkland called Vista Lagos, the multipurpose court for recreational sports in the park, eco-friendly LED roadside lighting, sustainable transportation for employees, and maintenance to the golf courses among others.

Recognition of the new Minitas Beach Club which opened yesterday also did not go without mention! President of the resort, Andrés Pichardo commented on the near six million dollar investment, that it will most certainly be an asset to the resort, its community members, and international guests. Entertainment by the orchestra of Leo Subervi and DJ Budda held the attention of villa owners as they danced into the night after a delicious meal provided by Casa de Campo’s chefs. As always, we loved seeing many familiar faces, and on this particular night were thrilled to see a younger crowd in attendance as well, who were there to share in the resort’s excitement, developments, and be part of its diverse community.

View more photos of the Dueños dinner celebration in the gallery below taken on Saturday, November 18th by Mairobi Herrera:

The rain didn’t stop us from having fun at this year’s Dueños celebration!

It seems like it has rained every day for the past two weeks! Typical November showers didn’t stop the Dueños community from missing all the excitement that Costasur had prepared for them this weekend! Below we’re recapping everything that took place as part of the Dueños Weekend 2017 from November 17th & 18th. It’s a celebration hosted every year by Costasur and Casa de Campo Resort to thank villa owners for their continued support throughout the year. See all the events here!