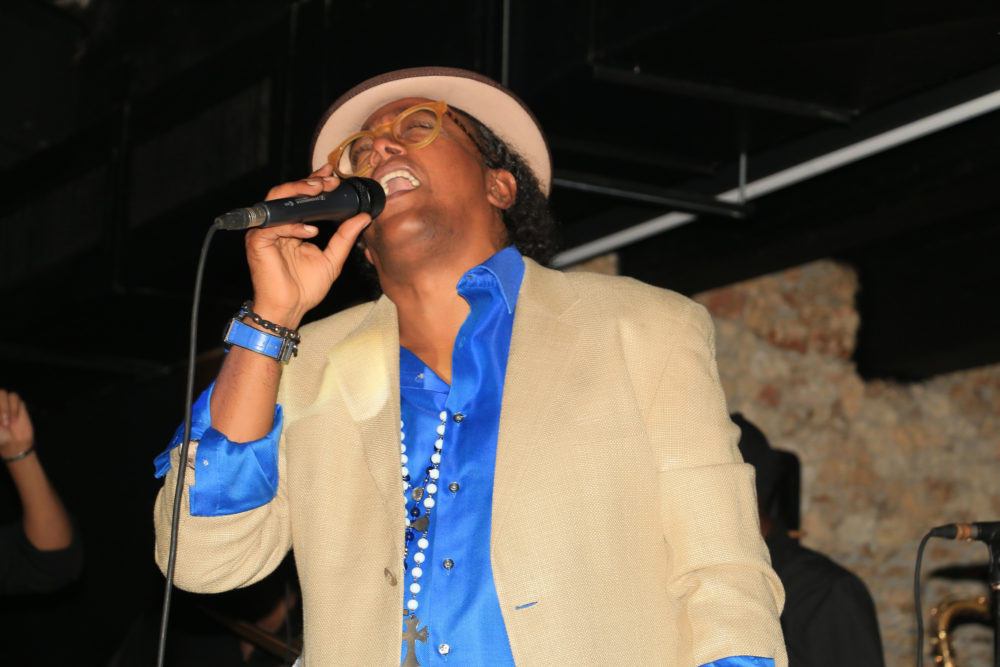 Last Saturday night, all of Altos de Chavón came out to Genesis Nightclub for Sergio Vargas’ live concert. The dynamic and enthusiastic artist gathered fans to the dance floor to hit off an evening of his favorite songs. The two-time Casandra winner (now referred to as Soberano), Sergio Vargas is widely regarded as one of the best Dominican merengue singers of all time.

The performance which featured two 45 minute sets included quite the entourage! An orchestra of 15 joined Vargas on stage, playing the drums, electric guitar, keyboard, trumpet, güira, and more. Genesis, strategically lit with a soft, fixed lighting became an incandescent setting for the merenguero whose lively performance included songs such as “Vete y Dile,” “Como un Bolero,” and “¿Y si te quedas que?” as seen in the video below by Magda Zeller-Mccabe posted to her Instagram:

The full house roused lots of party-goers to dance the night away, and a highlight of the evening may have been when the Dominican favorite sang, “Delirio,” as seen in the video below provided by Genesis Nightclub:

Thank you Sergio Vargas for an amazing evening! We couldn’t have asked for a better show, definitely a night to remember!

The evening ended with the poetic lyrics of “La Ventanita,” and Marc Tiernay, Director of Operations of Genesis Nightclub told Casa de Campo Living that he was very happy with how everything turned out and that everyone had a great time. He looks forward to continuing to provide the community with good entertainment with what is to come for the remainder of the year… For those of you don’t know already, the next big thing to come to Genesis is just less than a month away!! Eddy Herrera joins the lineup and is confirmed for October 22nd! If you enjoyed Sergio Vargas, you will definitely love to see Eddy Herrera live as well! See Genesis Nightclub’s full calendar HERE!

The above pictures and gallery below were taken by Dariana Soriano at the Sergio Vargas concert on September 24th:

Plan to Party! Genesis event lineup through December is announced

Summer is nearly over and Fall is quickly catching up! Genesis has prepared for us a rather unique line up all the way through December. These epic parties during the Fall/Winter season will give us more than enough reasons to look forward to the next weekend. See some of what’s in store, and check out our calendar, TODO.FM for updates to stay tuned as every week we post more what’s to come for the weekend! Read more here!