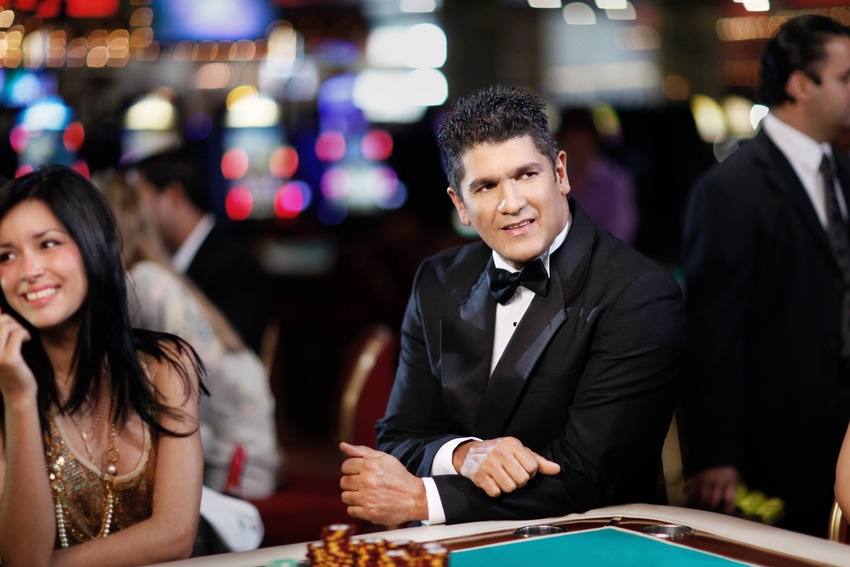 We have been indulging in many live concerts throughout the summer in Casa de Campo with Genesis Nightclub – from Fernando Villalona and Toño Rosario to Sergio Vargas this coming Saturday! Genesis has figured out a great formula to bringing us good music and entertainment. For next month, Eddy Herrera will be performing live at Genesis Nightclub on Saturday, October 22nd. “El galan del merengue “will add another level of charm to Genesis’ music roster.

Eddy Herrera is a Dominican merengue artists who has a  performance career spanning more than 30 years.  He began playing the guitar at the age of 9 and participating in various music contests, among them the Festival de la Voz in Santiago where he won 2nd place at the age of 15, and took first prize at age 17. At that time, Herrera enrolled in the PUCMM to study architecture but after two years left when he was presented with the opportunity to work with one of the greatest artists in the music industry in the Dominican Republic: Wilfrido Vargas.

International success for Herrera came with the song “El jardinero” which debuted three months after he joined Wilfrido Vargas’ musical group, and was followed up with “La Medicina,” “El Loco y La Luna” and “Mujer Tirana.” He stayed with the band for six years from 1984 to 1990 at which point he decided it was time to launch his solo career. MP Records signed him and his first recorded album, “Independiente” was so successful he won his first Cassandra (the award now renamed to Premios Soberano).

Eddy Herrera has become one of the most sought after artists for parties, concerts, weddings, and private events. He has many popular songs including Carolina, La Bailadora, Lluvia De Amor, Alma Gemela, Me Enamoré, Demasiado Niña, Ajena, Demasiado Romántica, Como Llora Mi Alma, Me Siento bien, Tu Boquita with urban artist Mozart La Para, and recently Tu me tienes mal. We look forward to hearing his best hits at Genesis just a few weeks away.

So reserve the date! Get your tickets for Eddy Herrera October 22nd! Pre-sale is going on now at Café Marietta. 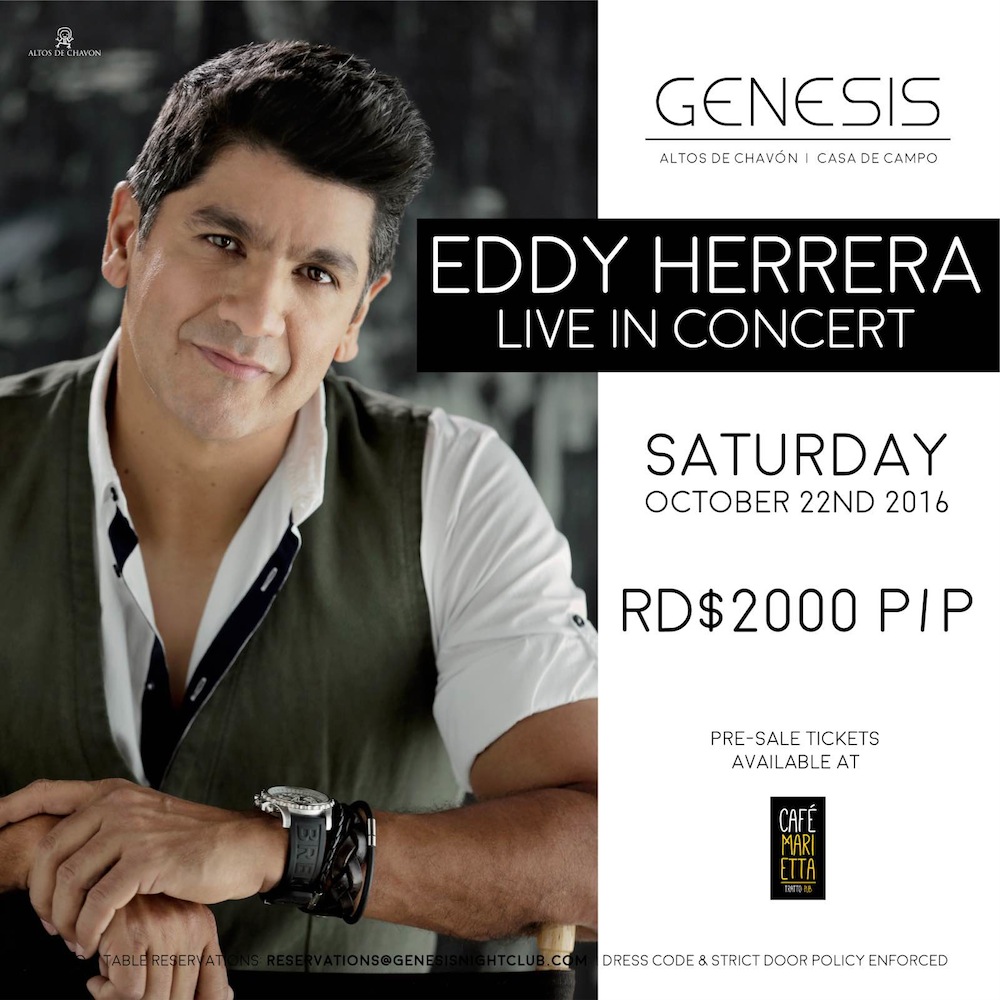