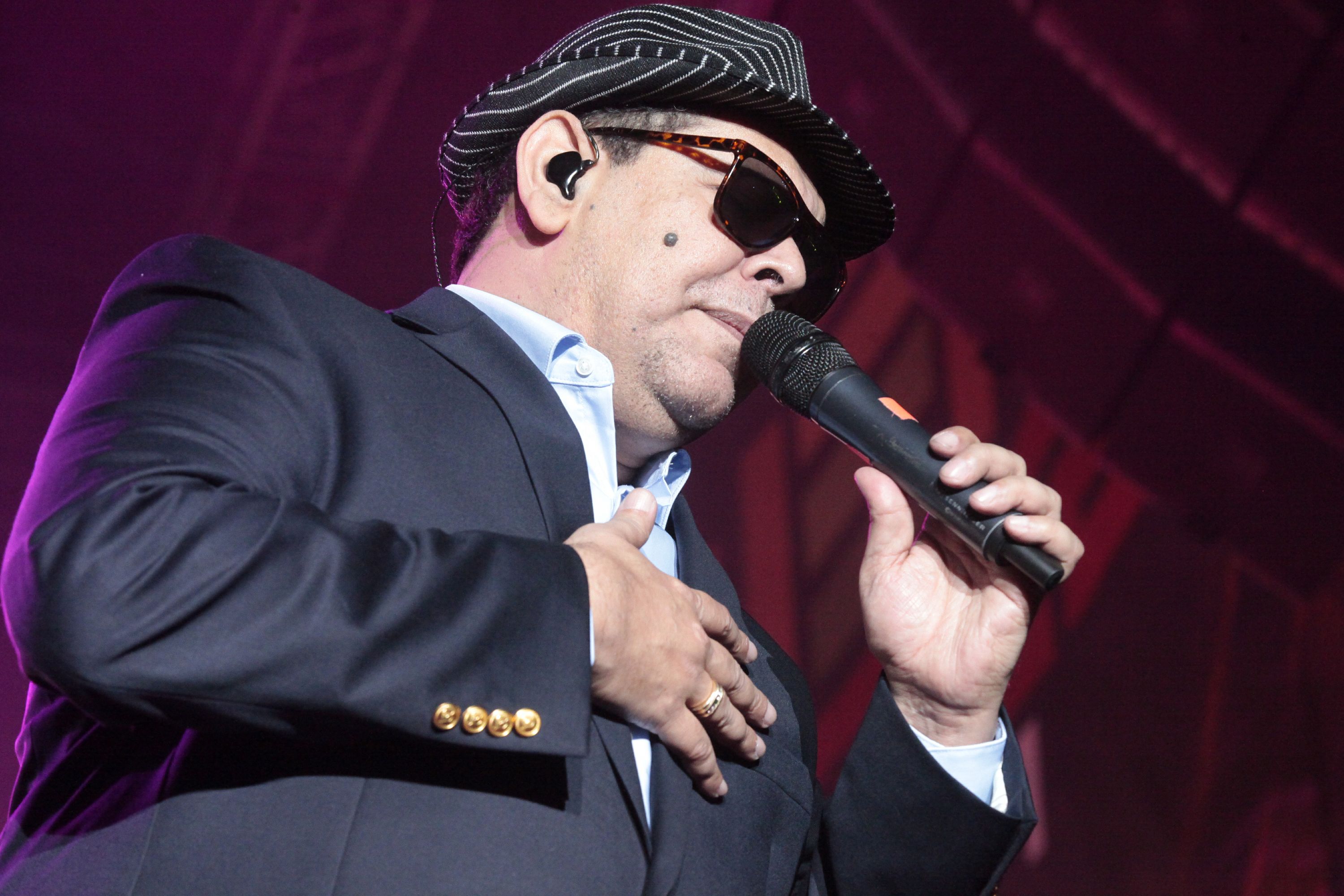 No stranger to a cheering crowd, Fernando Villalona took to the stage at Genesis nightclub a little past 11 pm on Saturday, April 23rd and within seconds had fans dancing to merengue and singing along to his top hits.

Donning a fedora, the Latin star oozed enthusiasm and rhythm while singing “Musica Latina,” “Canta Canta,” and “Burbujas de Amor.” Genesis had rearranged the cozy furniture to make room for an open dance floor. Attendees danced song after song, never tiring, and even made requests the artist was all to happy to fulfill. It was awesome, and Villalona stayed late into the night. He brought with him quite the musical entourage with several men on electric guitars, ladies singing backup, and a guy playing the güira, all of which enhanced Genesis’ authentic Latin atmosphere for the occasion.

Known for his career that emerged in the 1970s and hasn’t dwindled down, the dynamic artist even won “Best Music Video” at the Soberano Awards in 2013 for his song “El Color de tu Mirada,” which he recorded with Victoria Daly. We enjoyed so much seeing him in person, and are reliving the best of the night with “El Mayimbe” in this video provided by Genesis:

The following pictures were taken by Parker Duran at Genesis on Saturday April 23rd at the Fernando Villalona concert: