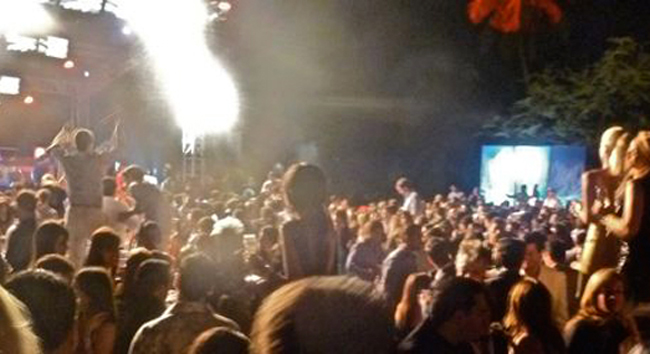 At this time of year, Casa de Campo fills with visitors from around the world, and among them we’re always excited to welcome a number of famous faces.

Recently, our little piece of paradise has welcomed Rihanna, Drake and the Kardashians, who all stayed at Punta Minitas #34 (although not together of course), as well as Pitbull, Amaury Nolasco and even Micheal Jordan.

This season we’ve just heard that a very famous British soccer player (the most famous in fact), will be arriving after Christmas to party with us this New Year as a guest of famous singer Mark Anthony.

Although of course this is just a RUMOR at this stage, should this world-famous footballer make an appearance, he will almost certainly have his equally famous singer turned fashion designer wife in tow…

And where will they party? Why we imagine that for New Year’s Eve we might catch a glimpse of the royalty of British celebrities at the Palmillaso boat party, and later dancing the night away on Minitas Beach at the New Years Eve party by Praia with DJ Max Vangeli (click here for details).

And that’s not all… we just also heard that a famous American rapper was just here – apparently until late last night at La Caña by Il Circo at the Casa de Campo hotel! More about that soon!

If you see or hear of a celebrity in Casa de Campo – don’t hesitate to contact us!