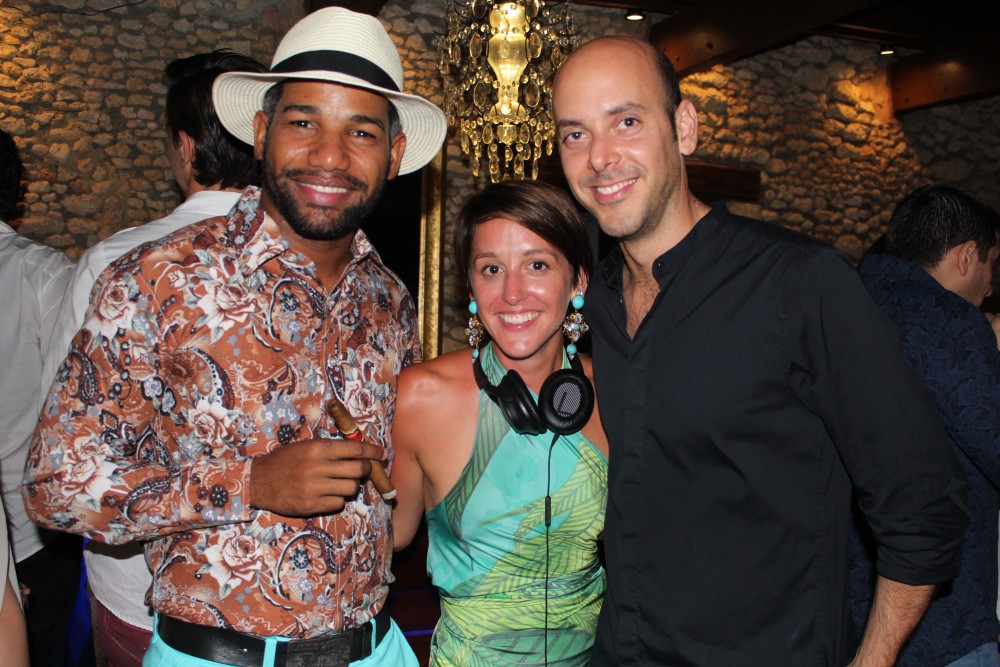 Known for his outgoing personality and celebrity hair styling, Robert Garcia also knows how to throw a party! Even at the last minute. Loyal guests flew in from Puerto Rico last Saturday April 23rd and Casa de Campo fans made their way up to the cobbles to enjoy the glamorous cocktail party at the Robert Garcia Salon in Altos de Chavón and show their support for the Hogar del Niño.

The cocktail party held an auction for attendees to bid on luxurious products with the proceeds all going to the “Adopt a Crib” program at the Hogar del Niño. With items like six tickets to Coco Bongo, 4 hours of a private beach excursion with Bebe Catamaran, and a Casa de Campo gym membership, two-night/ three-day stay at the hotel for two, and dinner for two at The Beach Club by Le Cirque, it’s no wonder why people flocked to the amazing event. Dido’s restaurant in La Romana provided quipe, croquetas and other delicious hors d’oeuvres while Robert got down and busy in his Punta Aguila kitchen prior to the event whipping up his famous empanadas.

Everett Designs Jewelry donated a beautiful necklace for bidding named “The Cross of Conception,” whose design was sculpted after symbols of Spanish monarch coins from the sunken ship; and RDA Joyas set up a table on display. The Robert Garcia Salon offered a personal makeover with the expert himself, a massage with their new massage therapist, manicure and pedicure, and a 25% off at the salon the day of to prepare for the fabulous event. To top the charts, Nosso Spa in Santo Domingo provided $23,000 dollars worth of items for auction- body glow treatments, botox, rejuvenation facial treatments, and platelet-rich plasma!! We hear something special is in the works for a continued auction on the items that didn’t sell so stay tuned!!

As mojitos flowed and the music got louder, people danced under the rooftop of the salon’s outdoor bar and mingled under the stars giving their feet a needed rest out on the lawn’s patio furniture. Jazz started the night with a band Robert adored, stumbling upon them the night before at Dido’s Restaurant in La Romana, and later switched up to DJ Gilbert Andrew- the man who took control at Robert’s 51st birthday celebration. Everyone had a fantastic time, and it’s visible right here in the video coverage by Robert Inoa. See for yourself!

Plus more by Sinastra Films:

To donate to the Hogar del Niño, visit their donations page here!