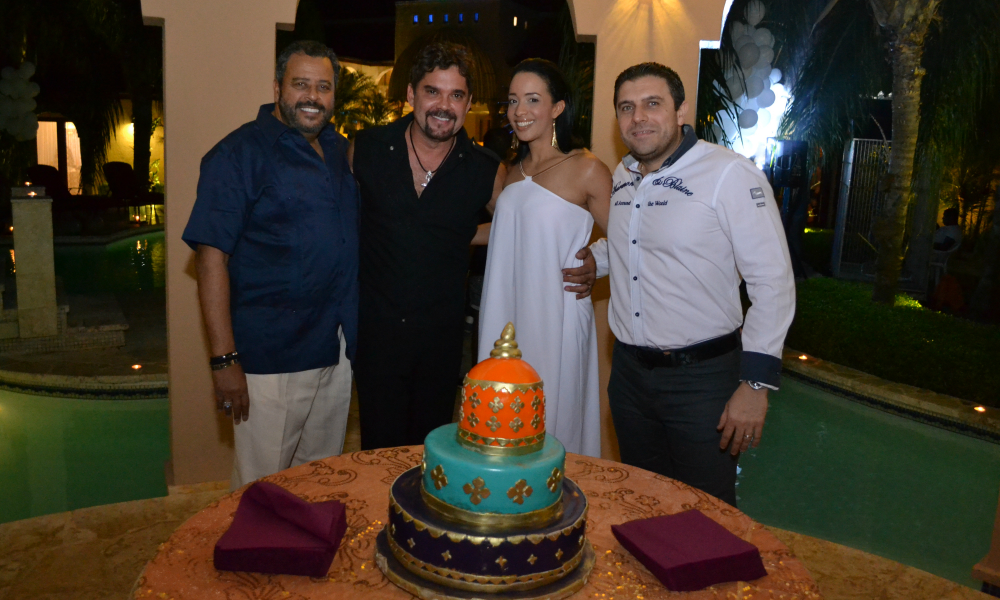 It seems like yesterday that we celebrated Robert García’s 49th birthday party at his newly acquired salon in Altos de Chavón! Time sure goes by quickly but let’s just say that our dear Robert doesn’t look like he has aged one bit. Our very own celebrity hairstylist and star of the Style network’s reality TV show Split Ends celebrated his 51st birthday party last week at Punta Aguila 61, and when we were invited we knew we were in for an awesome evening of great company, dancing and fun!

In line with his home’s decoration and theme, the Moroccan birthday bash was complete with chandeliers, colorful table settings and a beautiful fondant cake which was delicious! The birthday boy greeted his closest Casa de Campo friends who attended the party with the vibrant energy and warmth that distinguishes him, promising everyone that we were in for a long night of dancing and fun.

The bubbly and cocktails were overflowing and everyone was having a wonderful time by the time dinner was served. A roasted cochinillo (piglet) was served with traditional cuban black beans, rice, avocado and sancocho (stew) which was just what everyone needed to get a long night of dancing going.Soon enough, the DJ started playing the much awaited dancing tunes and everyone joined Robert on the dance floor for hours upon hours of fun – we hear some stayed up until the early morning shaking and grooving!

This party was certainly one for the books and all who attended had a blast! We wish the Robert the happiest of birthdays and a year of health, happiness and ongoing success at the Robert García Salon!

The following pictures were taken by Alejandro Heredia on March 31st at Punta Aguila 61: