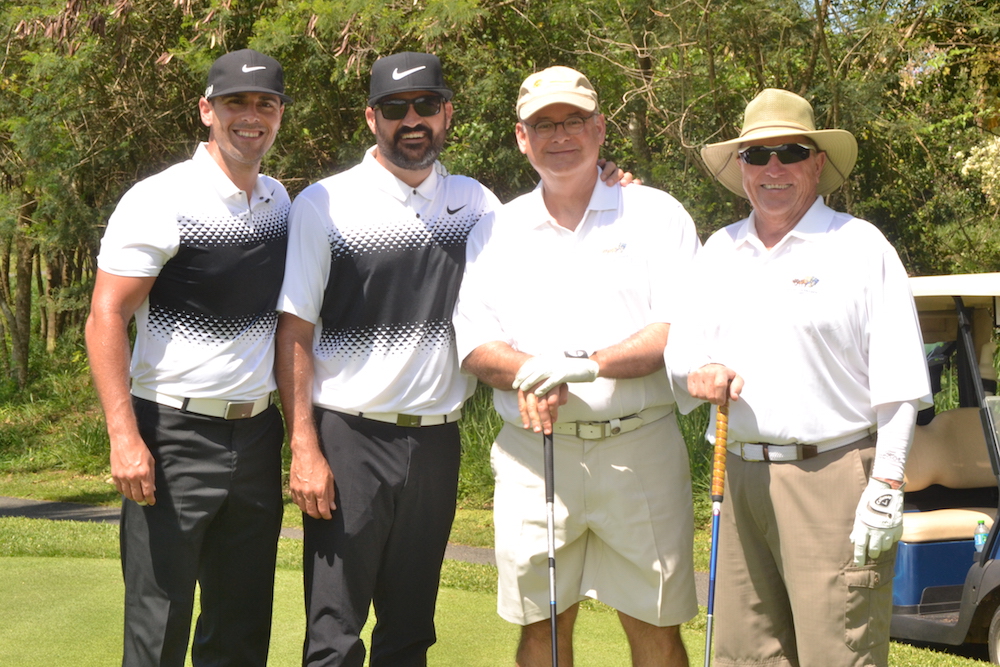 From the 29th of March to the 1st of April 2017 the Casa de Campo resort welcomed more than 100 special guest golfers from across the world, who joined Alfy Fanjul to compete in the 32nd annual Sugar Golf Tournament, this year won by Piero Giacosa and Alberto Rusconi.

Guests started arriving at the resort on Wednesday, March 29th and headed directly out to the green for some practice rounds, but since everything is not all work and no play, they spent a wonderful evening in the Marina enjoying the cool ocean breeze, cocktails, and time with friends during the welcome event hosted by Benetti Yachts. This 32nd edition continued with practice rounds on Thursday and tournament rounds on Friday and Saturday. Ladies teed off around the Dye Fore (Lakes/ Marina) as well as the Links, while gentlemen golfers played on the Teeth of the Dog and the La Romana Country Club. As in previous years, students from the Hogar del Niño and Fundación MIR served as volunteers during the golf tournament and were seen in throughout areas of the golf courses.

At the end of the Casa de Campo Sugar golf tournament, players celebrated with a dinner-dance party at the La Romana Country Club in Casa de Campo, wherein prizes for net and gross divisions were handed out to the winners. This year, golfers was determined to give their best, and proof of that was in the second day daily lows — three teams tied, and in the fourth place of the net divisions, there was also a tie! Photos of the awards celebration can be found here.