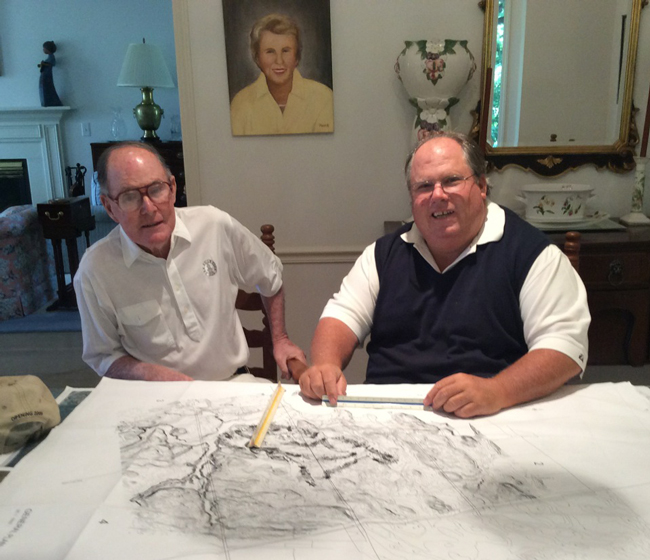 Golf is often a passion shared between father and son, but few can say they have embraced the sport as completely as PB Dye and his father Pete Dye, both successful golf course designers the world over!

With Dominican Father’s Day at the end of this month, here we bring you an interview with PB Dye about his father Pete Dye, designer of all of Casa de Campo’s magnificent golf courses, including the Caribbean’s #1 course, the Teeth of the Dog, opened in 1971. On a world-wide level Pete Dye is considered one of the most influential golf course designers of the last 60 years.

PB Dye, the youngest son of Alice and Pete Dye, followed in his grandfather’s, father’s, mother’s and brother’s footsteps, and is now also a successful and famous golf course designer. His most famous creations include the P.B. Dye Golf Club, in Ijamsville, Maryland and his other acclaimed designs include The Honors Course in Tennessee, Fisher Island in Florida, and the Legends Club Moorland Course in South Carolina. Here in the Dominican Republic, PB Dye designed the beautiful golf course at the nearby La Estancia resort, as well as La Cana golf course in Punta Cana.

Pete Dye is in many ways the founding father of golf in Casa de Campo, so who better to feature in our series of great Casa de Campo father-son teams?

@cdcliving: Your father has achieved a lot in his lifetime, are you very proud of him?

My Dad is a great giver to not only the game of golf, but everyone around him. His love of the Dominican Republic, it’s people and Casa de Campo is seen and felt everyday by everyone that comes in contact with Pete Dye. His “passion” is experienced by every golfer that plays his golf courses. His respect and true honesty is felt by everyone who has met him.

@cdcliving: What inspired you to follow in your father’s footsteps?

Cheap child labor is how I started. Learning to love the Game and all the people involved is what makes me continue.

@cdcliving: What makes your father special?

He has never worked a day in his life since he began building golf courses. He learned to play and enjoy everyday.

@cdcliving: In what ways are you similar to your father?

@cdcliving: What do you and your father enjoy doing together?

Playing in the dirt. We are both “Ditch Diggers”

Despite having designed and co-designed more than 100 courses across the world, Pete Dye still cites Casa de Campo’s the Teeth of the Dog as one of the best accomplishments in his 50-year career! Following the opening of the Teeth of the Dog in 1971, Pete Dye also designed Casa de Campo’s inland Links golf course, which opened in 1976 and which underwent a complete renovation throughout 2011 and 2012. More than 25 years later, the Dye Fore was opened in 2003, another great Pete Dye masterpiece which snakes along the cliff of the Chavón river – and which following the opening of an additional 9 holes called “The Dye Fore Lakes” is an impressive 27 hole complex.