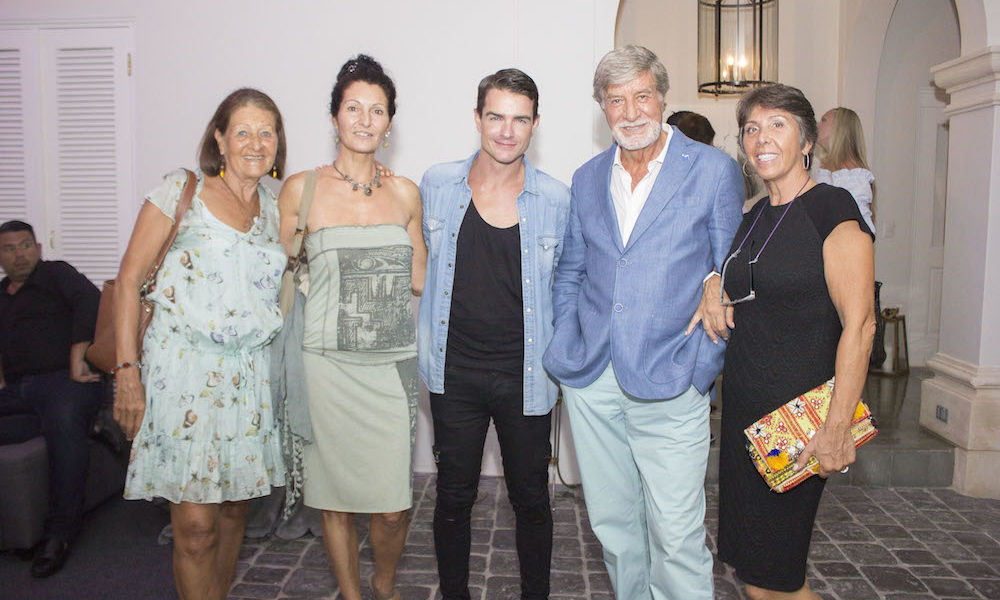 Last week, Casa de Campo community member and art curator, Edward De Valle II got a head start on Semana Santa festivities. A week whose plethora of events kept us on our toes and out late each night, Wednesday started it all with Jacapo Ceccarelli’s art exhibition “Hidden City” in Cacique 31.

A night on the brink of what was to come one of the resort’s busiest times of the year, I joined members of the community and hotel guests who happened to stop by at the home of Edward and Mathew De Valle for a sensational evening. Always a pleasure for villa owners to open their homes for afternoon get-togethers and soirées, this night added a creative flair that was a welcomed new experience. Lining the couple’s courtyard was a space perfect for an art exhibition, and on the walls hung murals by artist Jacapo Ceccarelli, under the name 2501. 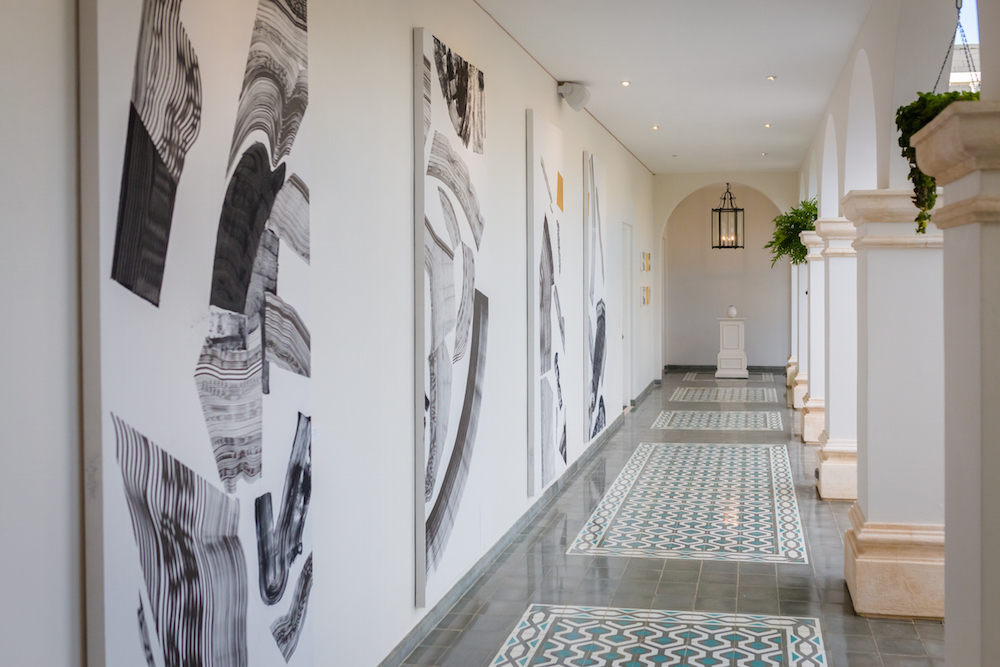 The artist who hails from Milan studied classical Italian art and painting; however, in his creative profession chose to go against the grain. In a nomadic experience, he traveled to foreign countries such as the Ukraine, Kazakhstan, Iran, and others living in tents and abandoned buildings to understand street art and the emotion of telling stories through art in repressed countries. What ensued in his art form became a mix of street and classical art. “Hidden City” tells of Jacapo’s trips to the island of Hispaniola and focuses on the divide between the Dominican Republic and Haiti. 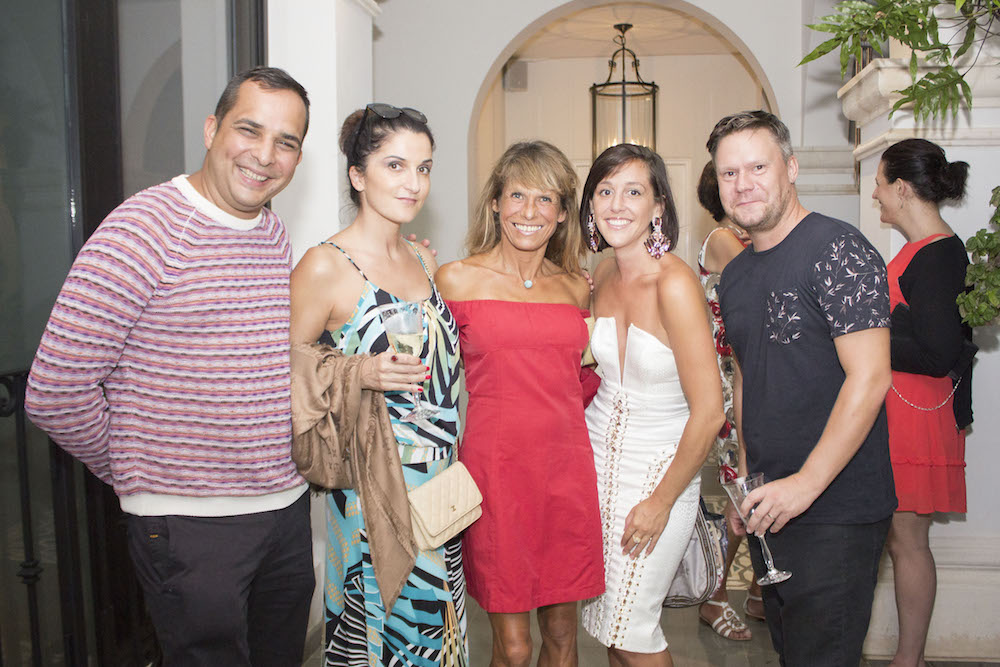 Noteworthy in his exhibition, is the muralist’s way of creating fluid art. Rhythmic, continuous lines create feelings of movement that don’t halt you as you pass by. An ideal spot for featuring 2501’s artwork would be in a hallway as one can absorb the free flowing nature of his brush strokes. Curator Edward De Valle says, “You can have it in your house and walk by it, appreciating the beauty of it because it’s not disruptive in your path.” He goes on to explain that there are over 67 different techniques of brush strokes in any given piece of “Hidden City” making it an outstanding and inventive collection. 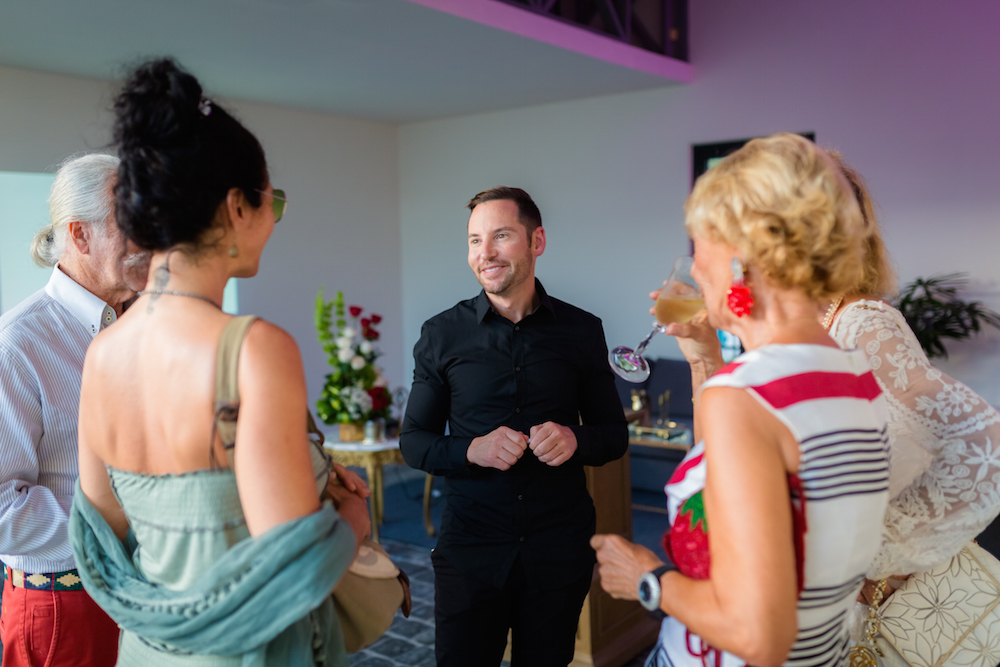 Jacapo Ceccarelli is nothing if not meticulous in his artwork, and his pieces range from small murals and ceramics to large scale designs on buildings. In Australia, he covered a building 30 stories high with a mural, and another in the Ukraine that was 75 stories high! The abandoned building in the Ukraine sold not two weeks later. “Hidden City” also incorporates discarded shatterproof glass and gold leaf. The pop-up exhibition was displayed in Cacique 31 last week but is available for viewing at ART. in Santo Domingo in Edward’s new gallery space. The largely black and white exhibition ended with a dab of color, which leads us to believe something bright is on its way for 2501…

More photos from the “Hidden City” pop-up exhibition at Cacique 31 last Wednesday, April 12th can be seen in the gallery below by Laura Perdomo:

and by Alfredo Esteban: