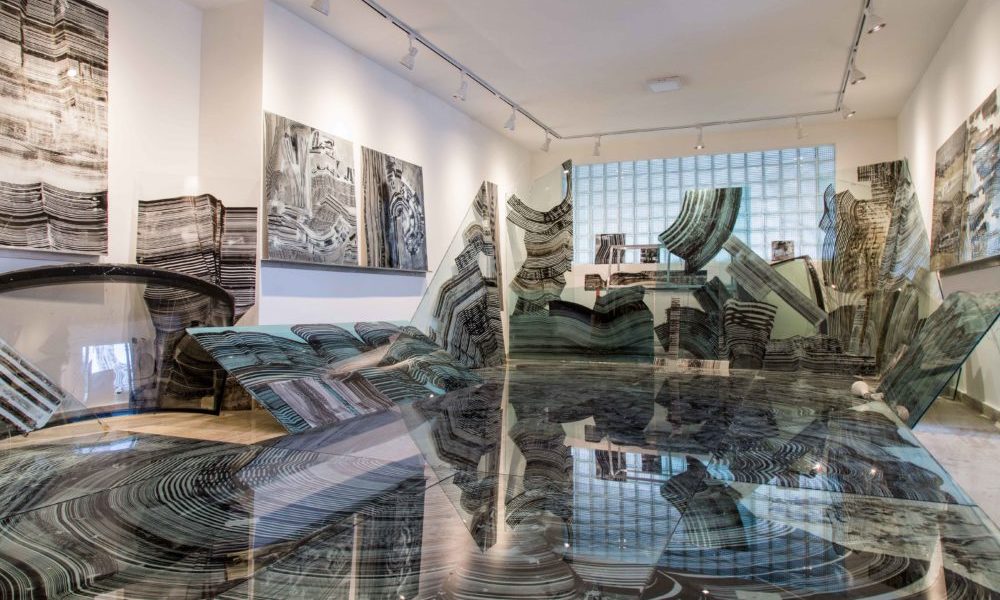 As you pan through Edward De Valle II’s social media, you’ll quickly recognize him as a family man enjoying life as a dad with baby Ella —who turns 1 year old in a couple of weeks! — and as a community member out and about in Casa de Campo, who happens to be host to several entertaining celebrations, cue YdK’s first concert or Simply Haunted Mansion’s Night of Horror, but what you might not readily be aware of is his passion for art that started five years ago. After many years of sponsoring artists at Art Basel Miami, he became an art curator and most recently has opened a gallery space in Santo Domingo.

The gallery, ART. which opened earlier this month is in response to Edward’s desire for a contemporary gallery akin to those found in New York, Los Angeles, and Milan. He says he believes the Dominican Republic is ready to compete in the global gallery scene, and ART. will feature mainly contemporary artists from Europe and Latin America. Their first show displayed work by muralist 2501, by Jacapo Ceccarelli, and good news for Casa de Campo residents is that the exhibition is set to come here this Semana Santa!

The exhibition called “Hidden City” is all made with discarded shatterproof glass from shops in Santo Domingo, and consists of seventeen abstract pieces in white, black, and gold, painted on fabrics, glass, ceramics, and etched in aluminum. Initiating a full experience immersion, murals stretched from beneath onlookers feet to the walls above their heads at the gallery opening in the city. On semi-reflective glass, in the middle of the floor, was painted the island of Hispaniola and showcased the line between the Dominican Republic and Haiti. To symbolically erase this border of the neighboring countries, Dominican band, Ali Babà performed a concert and danced over the divide.

The pop-up exhibition will be held in Edward and Mathew De Valle’s Casa de Campo villa, Cacique 31 on Wednesday, April 12th at 6:00 p.m. A percentage of sales from the show will go to support Fundación de Valle, Edward’s charity for families with a child with special needs and youth who have been affected by HIV or currently are living with AIDS.

See more photos provided by ART. from their first show “Hidden City” by 2501 in Santo Domingo: 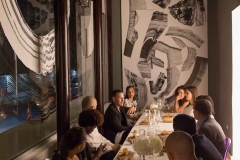 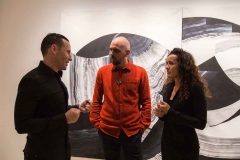 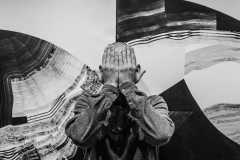 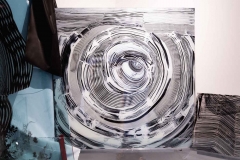 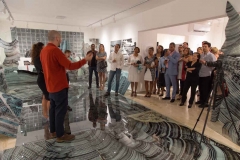 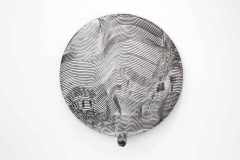 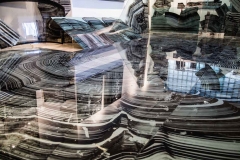 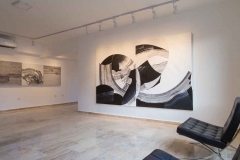