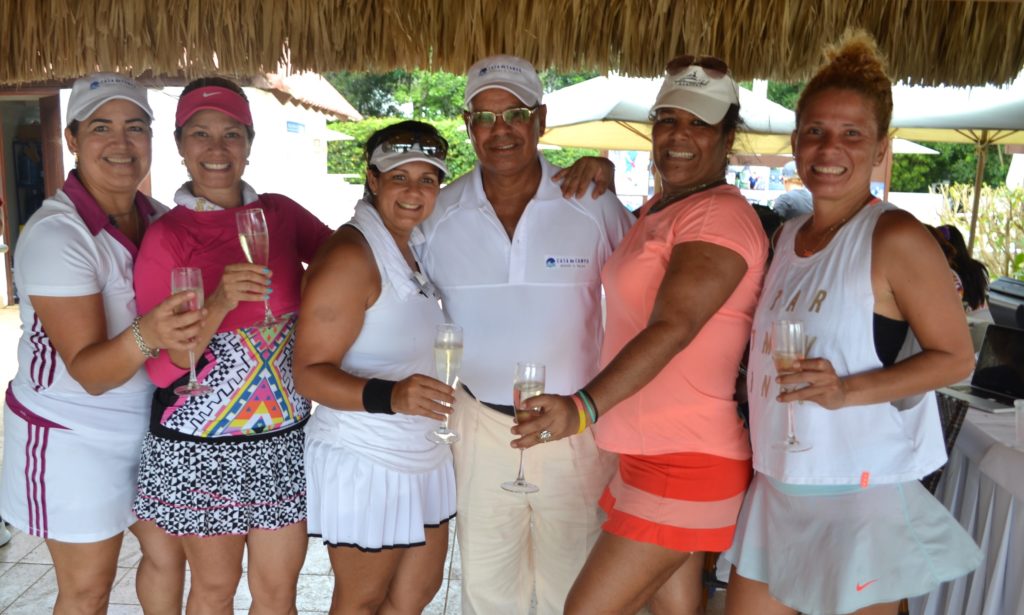 Yesterday, Sunday September 5th, was the last day of the 39th International Casa de Campo Tennis Tournament which played at the La Terraza Tennis Club from Thursday, September 1st through the weekend. Jesus Felix (from the Dominican Republic) and Nicky Saladín (from the United States) were crowned champions of the singles categories of this year’s event dedicated to Emilio Vásquez. 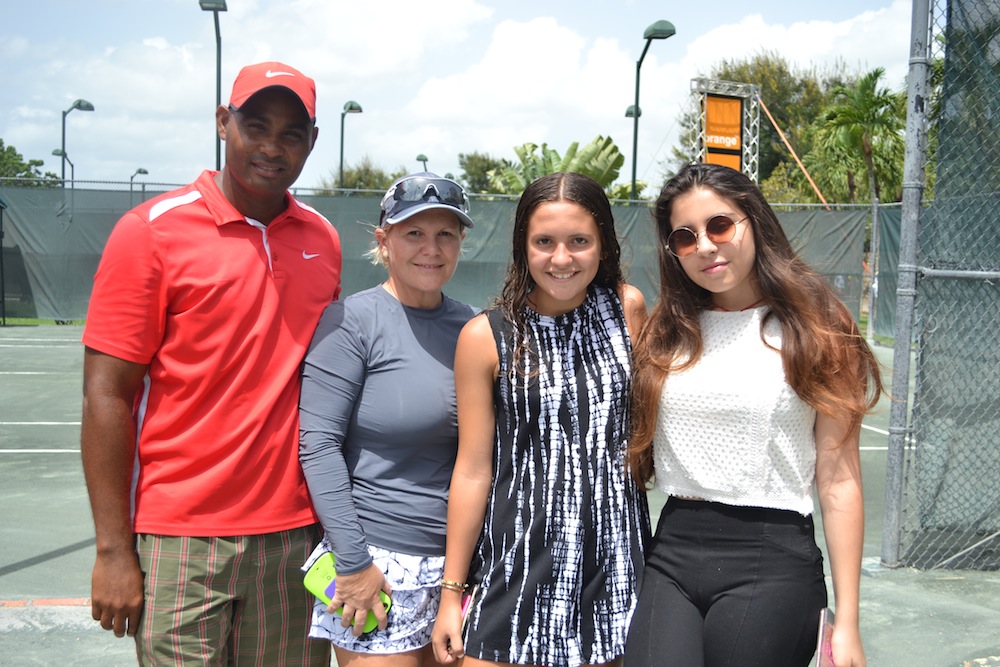 This year brought together players from 13 countries and was dedicated to former tennis player, Emilio Vásquez in recognition of his work over the past 35 years as the Director of Tennis and yearly success in the organization of this tournament. In the event, players from Puerto Rico, Argentina, Colombia, Spain, Italy, United States (New York and Miami), Brazil, France, Switzerland, Thailand, Bulgaria and of course the Dominican Republic participated in both men’s and women’s, singles and doubles matches.

Jesus Felix won the Men’s Open division by defeating his fellow competitor Omar Ferreiras in the finals with a score of 6-4, 6-4; while Nicky Saladín in the Women’s B division, won the race for the title against Maria Clara Bernandez with a score of 8-5. 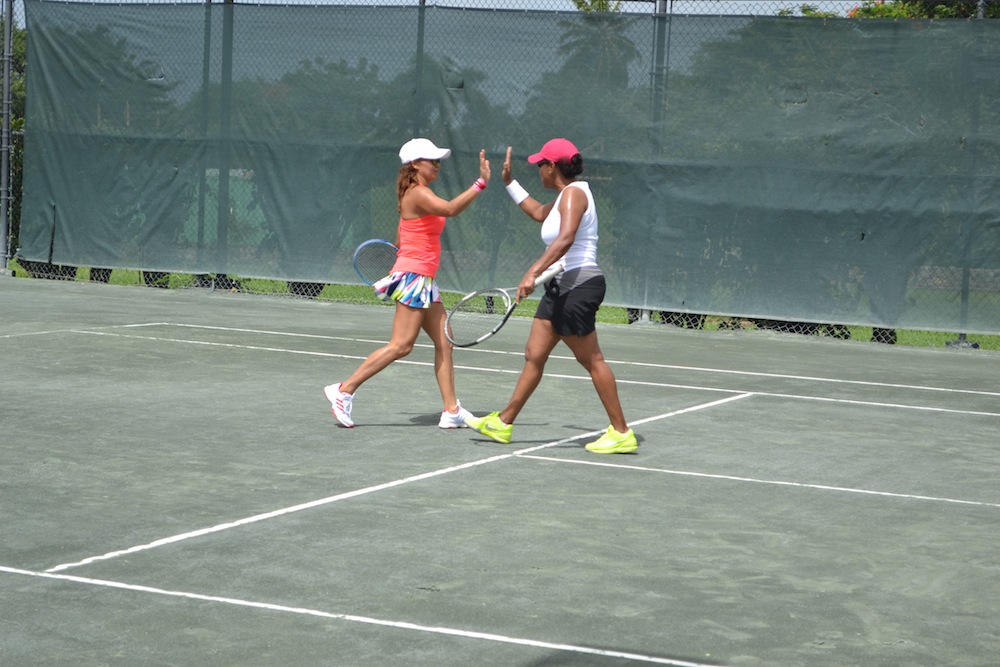 Once the matches were completed on Sunday afternoon, the awards ceremony took place led by President of Casa de Campo, Rafael Torres. Also present at the ceremony were Alfonso Viñas, from Dominican Orange, Daniel Hernandez, Director of Casa de Campo, Mary Mastrolilli (the wife of the late Italian Dominico entrepreneur) Enzo Mastrolilli, founder of the tournament, Emilio Vasquez and Ulises Quezada, director of the event. After the ceremony concluded, a raffle was held for the players where two Samsung Galaxy S7 cell phones were awarded by Orange, one of the event’s sponsors. Other sponsors included Central Romana Corporation, Casa de Campo Resort & Villas, Brugal, ARS Palic and Stella Artois. Scroll down for the full results scoreboard after all the great pictures!

The following photos were taken by Mariana Heredia during the 39th International Tennis Tournament in La Terraza Tennis Center in Casa de Campo:

The 34 year legacy of Emilio Vásquez in Casa de Campo 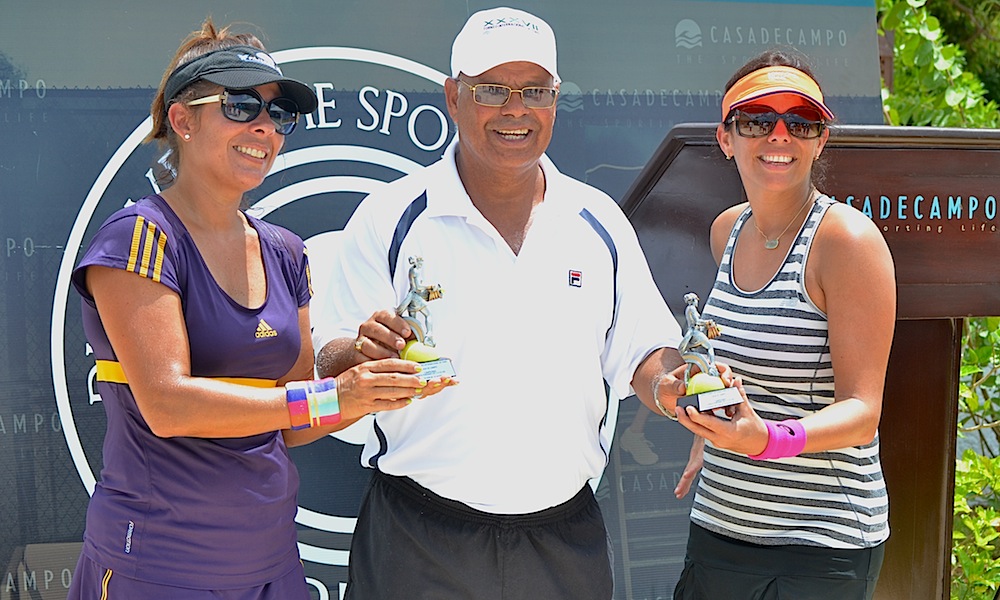 The Sporting Life here at Casa de Campo is not just about the resort’s world class facilities for golf, tennis, equestrian, shooting and more, but what makes Casa de Campo truly remarkable is the experience, knowledge and enthusiasm of the people who work here – especially the directors of the sports departments. Here we bring you an interview with Emilio Vásquez, Casa de Campo’s director of tennis who has been working here in Casa de Campo for more than 30 years. Continue reading here.