Cinco Gelato seems to be everywhere now, not just in La Romana… They are taking their delicious gelato and other goodies to several locations so we can enjoy them wherever we are!

So where can you get your favorite CINCO and what’s new with the tasty gelato shop?

It all started in La Romana; Since their grand opening on December 31st 2011, Cinco has gained popularity among La Romana and Casa de Campo locals, who return weekly to treat themselves to their favorite flavor or sample Cinco’s latest ice-cream invention! They have two new storefronts; one in the recently opened Multiplaza La Romana. Their stand is in front of the movie theater and has become so popular that Zamira has told us they have to restock every couple of days because they run out so quickly!! 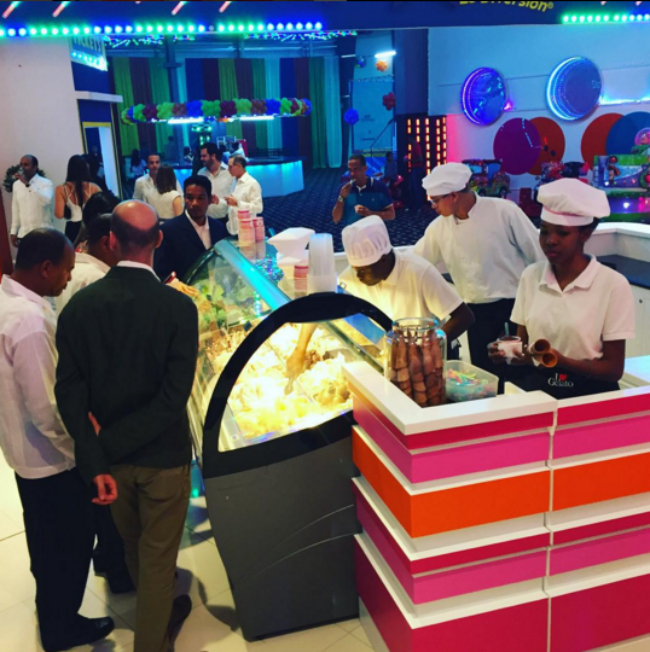 And their newest addition is in La Marina with a new concept: Le Spot by Cinco, which you already know we absolutely love!!! They not only have gelato, but also offer lunch and dinner options! Read our food and dessert review here! The store is so cute and cozy you definitely need to come by if you haven’t. Even Kevin James has made an appearance at this awesome locale! 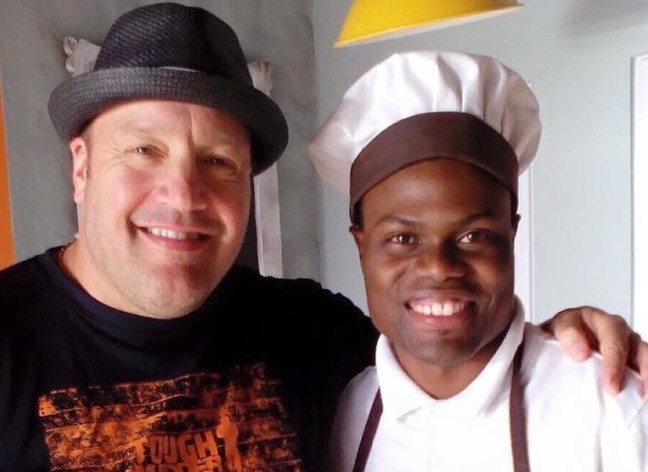 Our favored ice cream shop is not exclusive to La Romana anymore; if you’re in Santo Domingo there’s a Cinco at La Sirena Multicentro Churchill. Plus, they deliver! Contact @alldeliveryrd at (809) 475-0555 for fast delivery to your doorstep.

If you’re chilling in Punta Cana and need to further cool off, visit San Juan Shopping Center where you will also find them. It is so good to have your favorite gelato close by…and speaking of, if you’ve been to the Polo matches in Casa de Campo or any other big events around like the Juan Luis Guerra concert and spotted a pink food truck, well you guessed it! Cinco has a Cinco Mobil! It is fully equipped to stock many types of gelato and keep products fresh and delicious for hours on end. 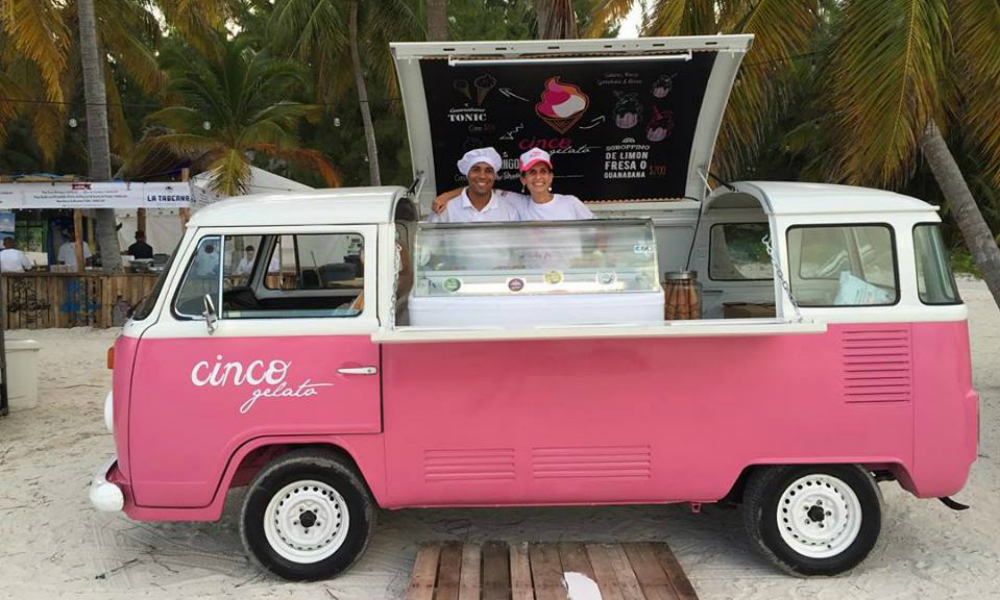 Cinco knows best by providing us with comfort food and cold treats wherever we are. Their expansion is on the rise and we guarantee when you visit any one of their locations you’ll fall in love.

Where: Multiplaza la Romana, in front of the movie theater

Now with Lunch and Dinner