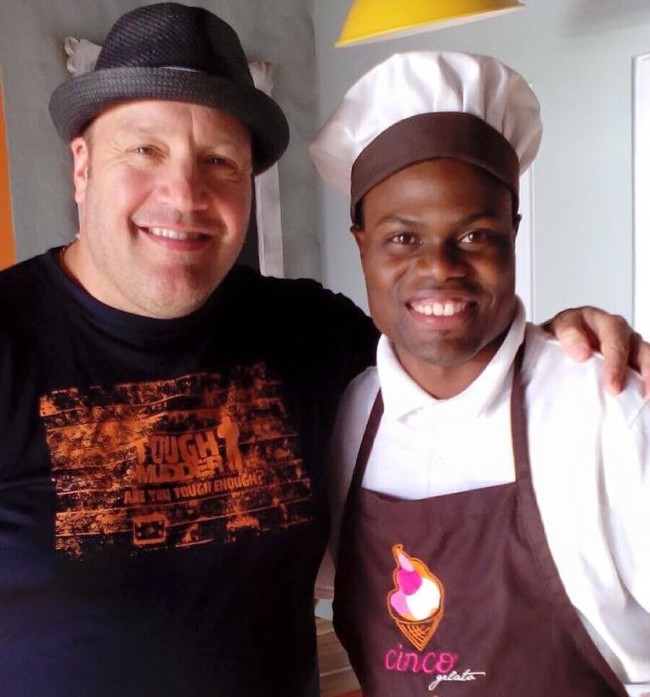 Casa de Campo is no stranger to celebrities, just catch Queen B strolling on the beach with hubby Jay Z here along with a list of other actors, athletes, singers and models to take in the sun on our Caribbean island. Last week was no exception as comedian and actor Kevin James made an appearance in La Marina at Cinco Gelato!

We know Cinco Gelato carries the best gelato in town, and apparently our favorite celebrities do too! Kevin walked into Cinco’s Le Spot, evidently to cool off from the DR’s heat and enjoy a tasty treat with the kids. He ordered a Snicker’s gelato.

Le Spot employee noted Kevin is very polite and stopped to take a photo with him even though he doesn’t speak English. Smiles are clear across any language and we’re happy the lovable actor to the time to pose for a photo!

Kevin’s next film, “The True Memoirs of an International Assassin” where he plays a writer who turns into his novel’s protagonist to survive comes out in theaters later this year. We hope to see more of him throughout Casa de Campo!