Are you familiar with cativías or catibías? According to the Spanish Language Dictionary, catibía is the “flour that is obtained from the grated yucca, pressed and squeezed, with which a kind of pancake or tortilla is made.” In the Dominican Republic, and Cuba, the cativía or catibía is the yucca version of the famous empanada. Few are the people who do not succumb to an exquisite and crunchy catibía. Below we bring you the recipe of how to make them thanks to our friend Rosa María Gómez “La Chefa”… Enjoy! 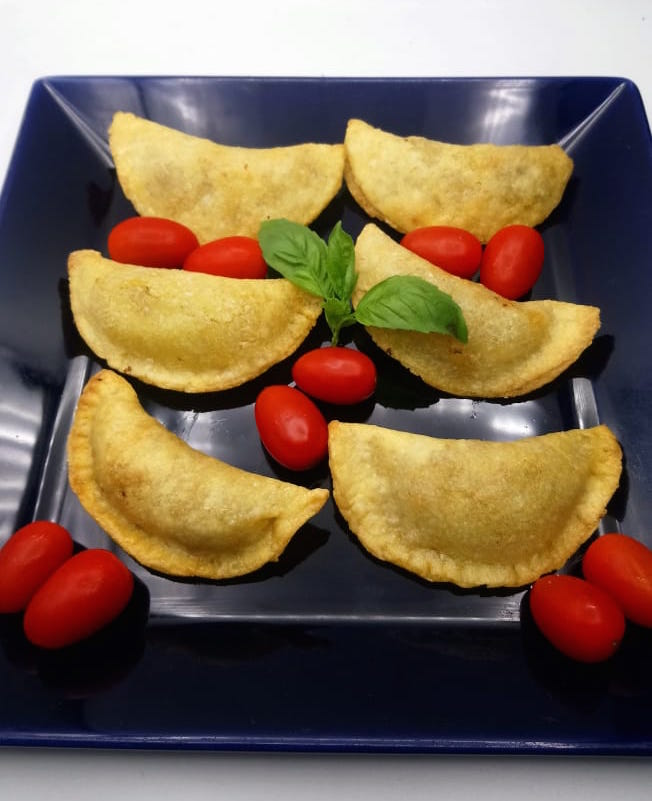 For the dough:
4 pounds of cassava (yuca)
2 tablespoons of oil
½ tablespoon of annatto seeds (orange-red condiment and food coloring derived from the seeds of the achiote tree)
2 tablespoons of sour orange juice
½ cup of tapioca (yuca/cassava) flour (if necessary)
Enough oil for frying

First step: the oil. Heat the oil over low heat and pour the annatto seeds. When the oil turns reddish, turn off the heat and remove it. Let stand 30 minutes approximately. Strain before using it.
Second step: filling. Put the meat in a bowl and mix well. Put the vegetables and herbs in the food processor. Once processed, add to the meat mixture, along with salt, pepper, and oregano, and mix well. Put a cauldron to heat with oil, and when it is very hot add the meat, move so that it does not form lumps. Let cook 10 minutes, stirring every 3 minutes, and then add the tomato puree and wine. Turn off and let cool. You can also put it inside the refrigerator, this way it will be colder and will not damage the dough.

Third step: cassava. Peel and wash the cassava; grate it by the thin part of the grater or process it with a food processor. Then place small amounts of the grated cassava on a clean kitchen towel and squeeze until the most starch is removed; pass through a strainer or sieve until a very fine flour is formed.

Fourth step: cooking. Heat a thick-bottomed cauldron, pour the cassava and cook constantly stirring until a lumpy mixture forms. Be careful to not overcook the dough. Once ready remove from the cauldron and let cool.

Fifth step: prepare warm water for kneading. Pour water in a pot and mix in garlic, oregano, and salt (being careful with the amount), reserve.

Sixth step: knead. Pour the cassava dough on a lightly greased table and add the oil with annatto seeds, the sour orange, and a splash of warm water, knead with your hands until you get a manageable mixture, adding warm water little by little (if it is very wet, you can add some cassava flour). Test the salt, and if necessary, add more.

Seventh step: cut. Roll out your dough (it should not be too thin, or too thick), then mark with a round cutter of the desired size, trying not to waste much dough. If you wish, you can make balls that weigh the same and roll them out individually.

Eighth step: fill. Fill the center of the dough with a little of the meat, taking into account that it should be enough for all the cativias. Moisten the edge with the water prepared with garlic and oregano and fold in half; seal at the edges with a fork or pressing hard with your fingers. Put on a floured tray. Reserve.

Ninth step: fry. In a cauldron with plenty of hot oil, fry until browned on both sides, remove and place on a plate with absorbent paper. To serve, put them in a large oval dish and decorate with basil leaves and cherry tomatoes.

This article was originally published in our Magazine Casa de Campo Living, and was contributed by Rosa María Gómez “La Chefa” who has been working as a professional cook for 14 years and has stood out for her work and collaboration in the development of Dominican cuisine.