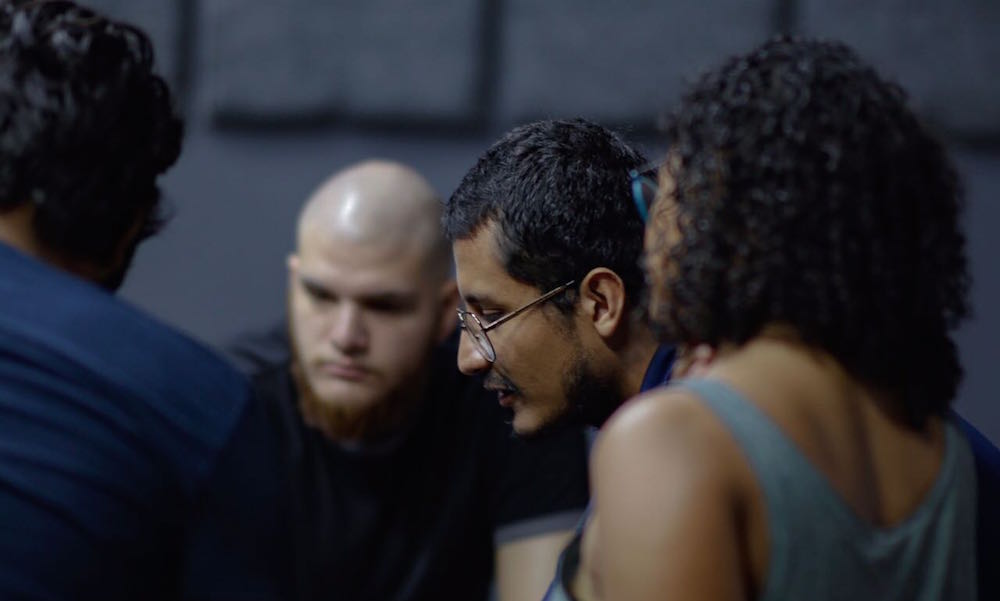 Film in the Dominican Republic is on the rise. We can see it in the movies that have been released recently, which include “Todas las Mujeres son Iguales” directed by one of our community members David Maler and stars his wife Nashla Bogeart, how the Chavón School of Design hosted the 6th edition of DocTv workshops, and that the school opened a new 2 year career in Film back in February of this year. It currently has a total of 38 students.

The way in which the Film career is being taught in Chavón School of Design is slightly different from the other careers they offer. Students receive 2-week workshops throughout the semester with renowned film personalities that teach them various aspects of the industry. This year, the first group of students that started in February took a 2-week workshop on August 21st, “Think about Sound” with instructor, José Homer Mora.

José Homer Mora graduated from Communications and Advertising from UNITEC Laurate with an orientation in Audiovisual production. Since 2008, he has worked on film documentary, as an advertising editor and a post-producer, as well as designing cinematographic folders. He studied film at EICTV (Escuela Internacional de Cine y Televisión in Cuba) where he specialized in sound. He is teaching the students what is sound, how we listen, the difference between listening, hearing and understanding, in addition to introducing the students to the basic concepts of the various sound equipment and how to register it. At the end, the students will have gained the knowledge of how to register sound correctly based on the cinematographic projects they have.  The students were able to experiment inside and outside of the classroom, and even invited local musicians, as you will see in the video below. José will also be staying in Chavón until December since he will be helping out in opening the sound recording studio for the school.

This week, they started the workshop, “Drawing with Light” with Jaime Guerra as an instructor, who is a graduate from EICTV and has worked as photography director for documentaries and fiction pieces such as, “El Hombrecito en Bellas Arte”s (2013) and “Dólares de Arena” (2014) as well as held various photography exhibitions in the country, in addition to the workshop Film History I and II with Dean Luis Reyes, film critic and professor at EICTV in Cuba.

The Altos de Chavón School of Design’s Cinematography program that officially opened last month has already made some impressive changes within the school’s facilities. Among the plans for the new two-year program is a projection room that has recently been completed. Located in Classroom #2, the studio seats upwards of 75+ people and is an ideal area for reviewing films, classroom instruction, and lectures and presentations. Many of the events held there will also be open to the community! Read more here.