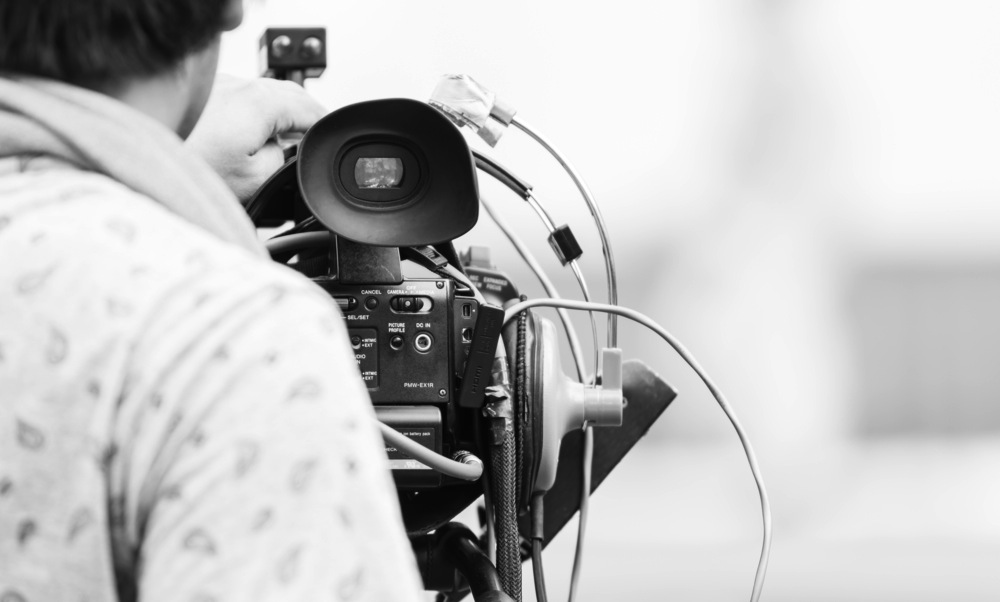 As of September, the Chavón School of Design has been accepting applications for their new Cinematography program that will open in February 2017 at the Altos de Chavón campus in Casa de Campo! The two year program will have a duration of 30 weeks and feature professors within the film industry and invited guest lecturers. The school welcomes Tanya Valette as the director of the program, who joins the Chavón School of Design after serving as the director of the International School of Cinema and Television in Cuba.

Through workshops, conferences, cinema forums, and visits to museums and expositions, students are exposed to a program that puts as much emphasis on the practical field as it does the theoretical field. Guided projects, master classes, and tutorials allow film majors to work with professionals and hone their own creative talent, consolidating their ideas and gaining constructive feedback. Among the many areas of study, students will examine fiction, documentaries, essays, publicity, transmedia, and scripts. Conceptual tools include animation, direction of photography, sound design, production design, and digital postproduction.

Chavón’s film program allows students to discover their own cinematographic voice through investigation and experimentation, and move through the stages of conception, development, and realization within each project. As in any creative profession and career program, the goal for Cinematography at Chavón School of Design is for students to discover and nurture their own look.

Casa de Campo Living reached out to Tanya to learn more about her background and what we can expect from the new program:

Who are the professors that will be part of the academic program?

Our teachers are active filmmakers, most of whom also have extensive teaching experience. We will have international teachers such as Elisha Altunaga, Pablo Solarz, Marcos Lopez, Daichi Saito, as well as national teachers who will combine their academic activity with their work as filmmakers, such is the case for Laura Amelia Guzmán, Israel Cardenas, Jaime Guerra, and Nelson Carlo de los Santos among others.

Tell us about your experience as director of EICTV (Escuela Internacional de Cine y Televisión in Cuba), being among the first graduates of that school and the first woman to hold that position.

It was a great experience; I feel that having been a founding student and belonging to the first generation of graduates from EICTV prepared me for this position. For four and a half years I had the responsibility of managing a flagship institution in the formation of filmmakers, which was a stimulating challenge. The school won major awards at film festivals like Cannes, San Sebastian, and Havana. The Restoration and Gender Film Heritage and the Department of Higher Studies were established to teach graduates and masters.

Who is the program designed for and is any basic knowledge in film needed to enroll?

The program is for graduates with skills and talent in audiovisual, communication, art, music, writing, dramaturgy, and graduates of art-related careers wishing to enhance their creative skills and learn different expressive forms.

How will the Chavón facilities be adapted to accommodate this new program?

The program requires certain infrastructure changes to accommodate the needs of this new career. In addition to this, there will also be the proper technical equipment brought to the School of Design. Besides the study rooms, there will be a projection room, areas of video editing and sound recording. The areas will be adaptable for talks and presentations for large groups or even intimate meetings of teachers and students.

The school is known for crafting experts in basic technical skills for careers, is that the same philosophy for film?

This new program has the spirit of a central creative edge, combining study, production, experimentation, invention, risk and willingness to break with the dominant canons. Therefore, being true to the spirit of the school, one of its objectives is to create a synergy among students of the different careers which will in turn result in artists who are open to various disciplines and collective creativity.

What will be the focuses of the two-year program?

We have developed a curriculum for which graduates will leave with a strong background in the disciplines of filmmaking with a focus in areas such as scriptwriting, montage, photography and sound as expressive and narrative elements, as well as analysis and critical thinking.

How important is this program for the Chavón campus now that all the careers except for fine arts have relocated to Santo Domingo?

It really is important for both campuses as it is part of the school’s expansion program. After three decades of academic excellence, the School of Design celebrates a new chapter in its history – a development that meets the needs of the professional environment, and which follows the same trajectory and international projection with which the school is characterized by.

What job opportunities will the students be likely to take on at the end of the two-year program?

What do you think of the film industry in this country, compared to France and Cuba having lived there, and how do you see it evolving in the future?

The Dominican Republic film industry as an art is on an upward development process and this has much to do with how the new creative and critical generation is being trained; they have the tools necessary to design and carry out films that have a significance both geographically and temporally.

As the Chavón School of Design welcomes a new career and chapter to its institution, we can’t help but notice how film studies bring the history and origin of Altos de Chavón full circle. It was Dominique Bluhdorn’s father, Charles, who built Altos de Chavón in the early 1980s after acquiring Paramount Pictures in 1966 through his company Gulf+Western. He sought to make the Dominican Republic a moviemaking mecca and often invited producers, directors, writers, and movie stars to the island. Altos de Chavón’s 15th century style Mediterranean village was designed by Roberto Copa – the set designer at the time for Paramount Studios. Over the years, many films have been shot in the Dominican Republic, some of which include: The Godfather Part II (1974) whose scenes which took place in Cuba were shot in Santo Domingo; Sorcerer (1977) was produced in the jungles of the Dominican Republic; and Apocalypse Now (1979) and Jurassic Park (1993) showcase scenes of the Chavón River. Most recently, Xander Cage Returns (2017) filmed in Santo Domingo and Vin Diesel can often be spotted in Casa de Campo in his downtime.

Furthermore, Altos de Chavón’s 5,000 seat amphitheater was inaugurated in 1982 by Frank Sinatra with his “Concert for the Americas,” and Paramount Pictures recorded the concert so it could be viewed around the world, highlighting Altos de Chavón’s beauty, artist village, and Casa de Campo’s immaculate grounds. The addition of the Cinematography program is an appropriate and exciting step forward for the school as its location celebrates a rich cultural history and bright future for film. We look forward to seeing what is to come for program beginning February 2017, and the film industry with the school’s talented student body.

For more information and detailed course description, contact the Chavón School of Design with the details below. Applications are open until the end of November!

Tanya belongs to the first generation of graduates of the International School of Film and Television of San Antonio de los Baños, Cuba. She lived for twelve years in France, where she continued her studies in script at Femis and then moved on to documentary. Upon her return to the Dominican Republic, she has been dedicated to writing, fiction and documentary script analysis and has taught many workshops in various public and private institutions.

Director of Educational Television, in the Ministry of Education and responsible of developing strategies on the National Film Office of the Dominican Republic. She has worked with a multidisciplinary team, appointed by the President of the Dominican Republic, elaborating the current Film Law. Seventh director of the EICTV and first graduate to have this position. In 2011 she received the Medal of Cultural Personality of the Ministry of Culture of the Dominican Republic, awarded to the most prominent Dominicans in the cultural field abroad and Distinction of the National Culture of Cuba granted in April 2012. Executive Producer of the documentary Series Being a Human Being, filmed by students of seven documentary film schools around the world. Currently she is an Advisor to the DGCINE, analyst at Ibermedia, curator and coordinator of meetings and workshops for various institutions and festivals around the world and since the late 90s and to date, consultant for audiovisual projects and cultural manager.