One of the most memorable duos in Latin music history, Wisin y Yandel, are returning to the country on March 31, Holy Saturday! After 5 years of going their separate ways they will meet up on the stage of Altos de Chavón to perform an incredible and unforgettable night for their fans! This will be the first stop of a tour that is sure to be historic.
“Los Líderes”, as the iconic urban music duo is famously known as, have been working on their return amidst the fame they have achieved and the success they have had on their own individual record productions.  This morning they officially announced that they will be joining forces again, for a tour and to produce new music together.

Last year in 2017, Wisin gave an incredible performance during his concert in Chavón and surprised his fans with the special performance with Yandel. The duo performed the song “Como antes”, as well as a few of their best songs, which kept the audience on their feet and singing along during their time on stage.  Andrés Pichardo, president of Casa de Campo Resort, said that “It is with great satisfaction that we receive one of the most popular duos in history, in one of the best moments of their careers, which reaffirms our marked interest in offering the best shows in this magical scenario that belongs to everyone”. 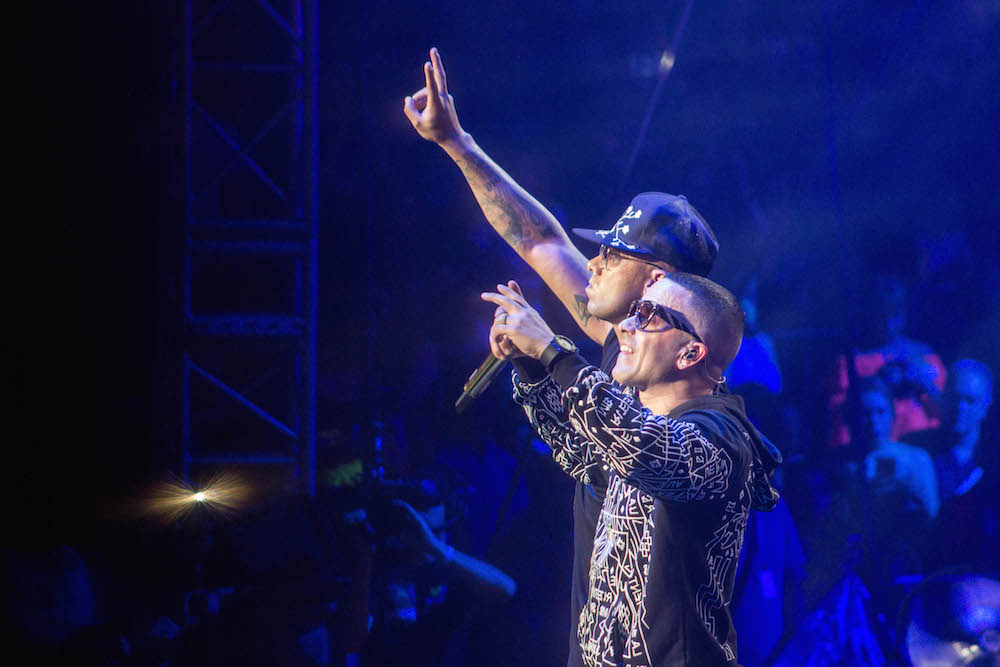 The concert will be produced by Gamal Haché, who stated that they have worked hard to have these two very popular entrepreneurs to return to Altos de Chavón. The show has the official sponsorship of Brugal, MasterCard and Grupo Viamar. Juan Luis Morera Luna and Llandel Veguilla, the first names of Wisin & Yandel, join the extensive list of artists that Casa de Campo has been presenting in recent years, including Andrea Bocelli, Jennifer Lopez, Ricky Martin , Enrique Iglesias, Juan Luis Guerra, Marc Anthony, Maluma and J Balvin, among others, as well as recently the French Dj David Guetta.

Tickets for this concert will be available in exclusive pre-sales for MasterCard customers on February 15th with a 15% discount, available in UEPA Tickets, CCN Services in National Supermarkets, Jumbo, and in the office of the Casa de Campo Villa Owners Club. The prices for this event, without the aforementioned discount, are RD $ 3,900 in General; RD $ 6,900 in VIP area.