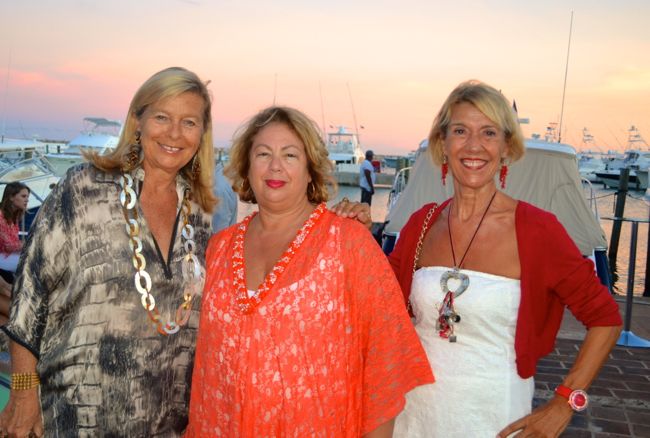 There was no better way to kick-start the Semana Santa 2014 (Easter week) celebrations than with a Sunset Jazz Night at the Azimut Café in the Marina Casa de Campo.

The popular event was on this occasion celebrating it’s second anniversary, having held the first Sunset Jazz Night on the afternoon of Sábado Santo in 2012. And while the concept has continued to develop and grow, there can be no doubt that this simple, elegant and fun gathering is one of Casa de Campo’s most popular social events.

More than 100 Casa de Campo villa owners, residents and visitors from around the world, spent a wonderful evening listening to soothing jazz rhythms and toasting with champagne.

As always, the event’s hosts Alice Caslini Moriconi, owner and director of sales and marketing at IBI Yachts and her father, Mauro Caslini, president and CEO of IB Nautica, were the perfect hosts.

As the night came to an end, the many guests dispersed to dinner around Casa de Campo, some choosing to stay in the Marina Casa de Campo, while others headed up to Altos de Chavón, to Onno’s Bar and La Cantina.

A wonderful night all round!

We look forward to the next gathering Sunset Jazz Night at the Azimut Café on Saturday May 23rd – save the date!

The following collection of photos were taken during the Sunset Jazz Night at the Azimut Café in the Marina Casa de Campo on Wednesday April 16th 2014: