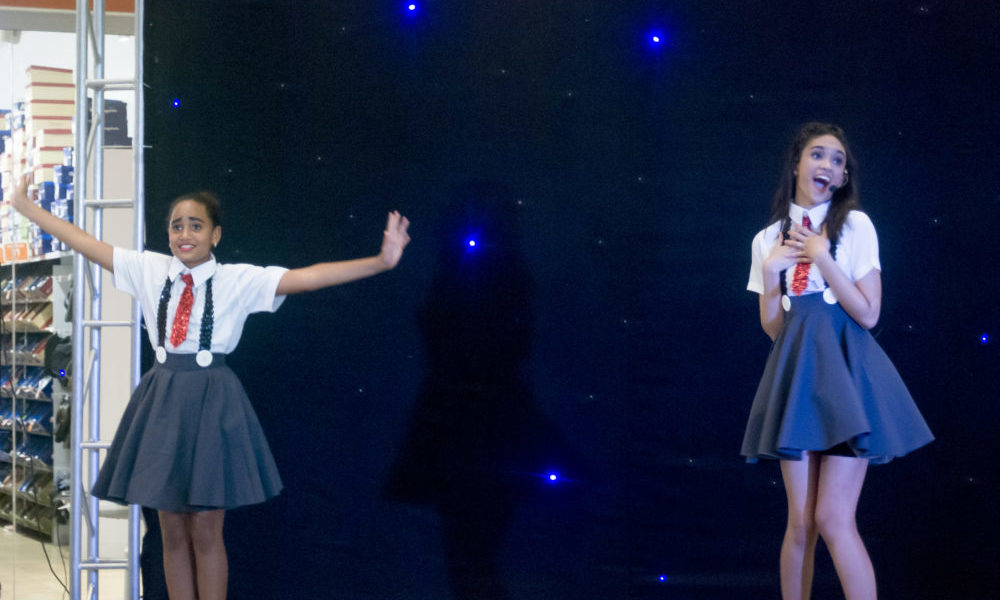 Stage Art Studio made an appearance at Multiplaza La Romana a couple of weeks ago as part of the mall’s special guests to present their summer activities. The local dance group, who at the end of this month will be heading to Disney for “Stage con Maltetas”, had a ball performing! With a number of gathered onlookers, including family, friends, and intrigued shoppers, various age groups who have been training in the academy throughout the past months took the stage at Multiplaza La Romana around 6:30pm on Friday, June 23rd.

The academy’s intensive summer camp for all ages continues until July 14th, while regular classes begin on August 14th! If your kids are interested in joining Stage Art Studio, see the details below to get in touch.