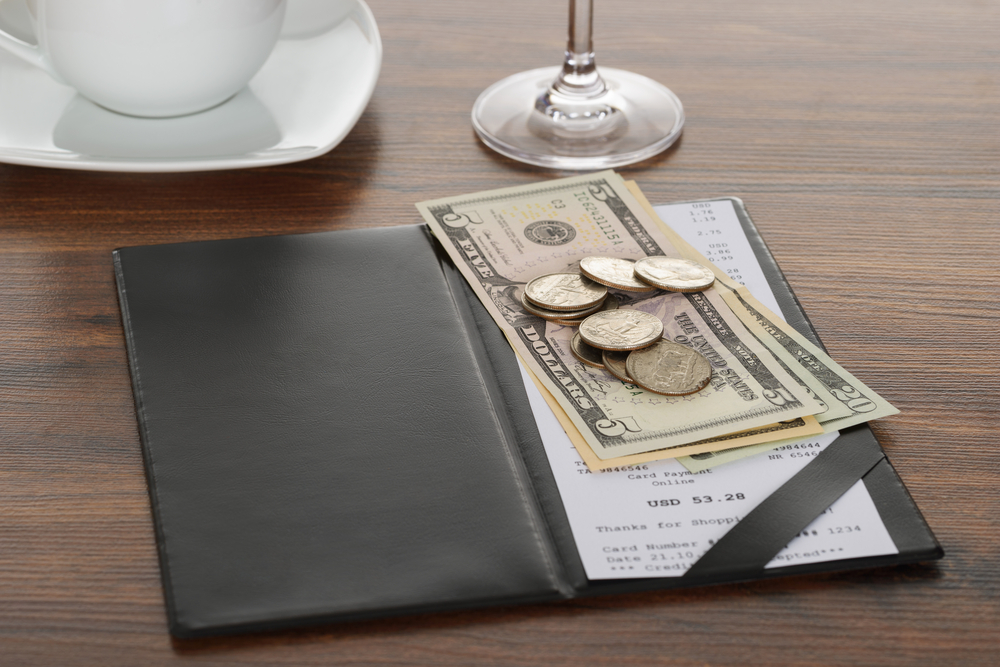 On Sundays it’s normally a day to relax and spend time with family going out for afternoon fun or staying at home with a good movie. Many times you don’t want to take time out of your day to cook, so naturally you call for take-out! Have you sat down and checked the receipt, though? Did you ever notice an additional 10% there referred to as tip?

As most of you know the Labor Code advises that ten percent of the value of the purchase be charged to customers when they consume products within an establishment, intended to be distributed as a tip to all the employees who served you, but many restaurants and places where food is sold are including this percentage to consumers who also order take-out! Many consider this an illegal practice since only the tax percentage (18%) should be included. Why double your tax bill when you’re not even dining out?

But just like a coin, there are two sides to every story. Some people feel scammed when they are charged this 10% tax for take-out or delivery since they didn’t really use the dining establishment services; however, others defend this practice by saying that this is the correct action because even though you are not consuming what you bought inside, there are still employees preparing and packaging your food.

Proconsumidor, which is an institution that protects consumers and users under law No.358-05, posted last month that consumers should not be charged the additional 10% if they indicate that they are to take-out this order or ask for delivery service. After this was released and different opinions surfaced, the executive director of Proconsumidor,  Altagracia Paulino, has made a petition to the Ministry of Labour to review this law and specify in which cases the percentage should be applied since the law was written back in 1960 when take-out and delivery were not as popular as they are now.

Article 228 of the Labour Code says: “In hotels, restaurants, cafés, bars and in commercial establishments in general where food or drink is sold or consumed in those same places, it is mandatory for the employer to add a ten percent for tip in the receipt or customer accounts, to be distributed entirely amongst workers who have served the consumer.”

How do you feel about this? What is your opinion about this common practice among food establishments? We will just have to wait and see how this debate plays out in time.