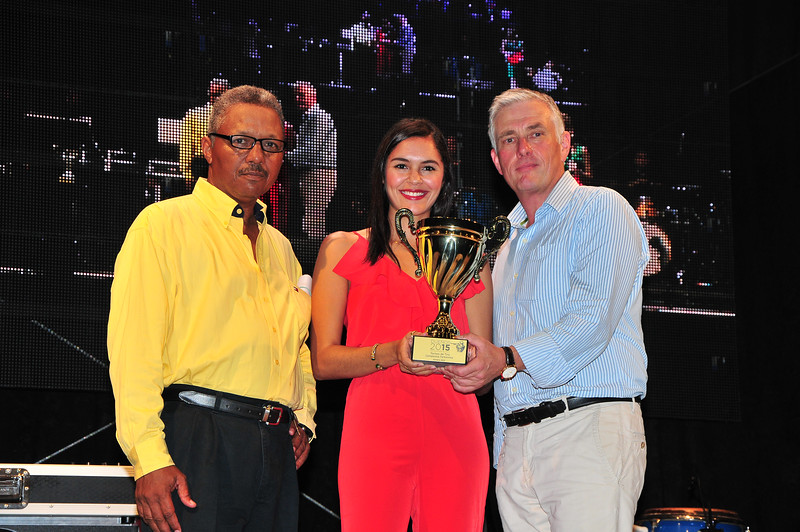 The Dueños Weekend ends every year with a party exclusively for the Casa de Campo villa owners. This time the stars of the night gathered at Minitas Beach for a fabulous evening with great food, drinks and of course, lots of dancing.

After spending a very active day that started early in the morning on Saturday, swinging on the greens of the Teeth of the Dog and Links golf courses, sweating it out on the courts of La Terraza Tennis Center, and testing the marksmanship at the Casa de Campo Shooting Center, the celebrations ended in style with the Dueños 2015 Dinner Party, where all the day’s excitement and energy culminated into an evening bash where the winners of each tournament received their trophies.

Without any further ado let’s see the photos that are testament to all the fun we had at Minitas Beach.

The following photos were taken by Mariana Heredia during the Dueños 2015 Dinner Party celebrated at Minitas Beach on Saturday, October 31st: