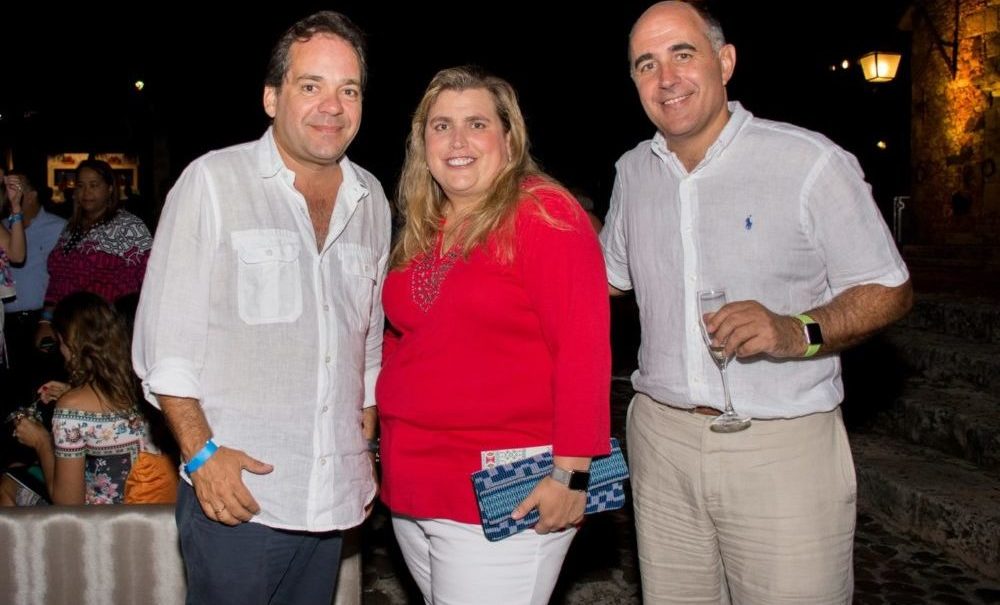 I’m a very unique foodie. In addition to being vegetarian, I love ethnic food—Ethiopian and Indian cuisine being my favorite. But for me, Mexican cooking is in a league of its own. The spiciness and the creative reinvention of the same basic ingredients in infinite combinations makes Mexican food that international “comfort food” I crave. You can imagine that I was beyond excited about this Mexican edition of Flavors of the World with Chef Gerardo Vázquez Lugo. The jam packed weekend of gastronomic events did not disappoint. The Friday night cocktail dinner and Sunday brunch were my weekend highlights.

In traveling across Mexico I’ve tried the country’s staple street food (better known as antojitos—literally “little cravings”); I’ve eaten in casual backyard diners where the five star chef is none other that the home’s abuelita; and even visited some of Mexico City’s top restaurants. When visiting Mexico I come back with a suitcase filled with homemade tortillas, chiles, nopal (cactus) and huitlacohe (corn smut)—try it before judging me! All in all…I consider myself a lover and fan of authentic Mexican food, so you can understand how my bar was very high coming into this Flavors of the World event.

On Friday we got to know Chef Gerardo Vázquez Lugo, from Nico’s at Plaza Chavón amidst lounges and cocktail tables. With Mariachis and vocalists singing throughout the night, the beautiful and breezy evening turned into one of the top Flavors of the World events of the summer season. With Sauza tequila and Brugal cocktails in hand, everyone was lured by the delicious smell of warm tortillas coming from the brightly illuminated stand by the Chavón church. There, Chef Vázquez Lugo offered guests a taste of what was to come throughout the evening in the shape of nopal totopos and mini pork tostadas.

After introductory speeches by Casa de Campo executives, Mr. Carlos Tirado, Mexican ambassador in the Dominican Republic, expressed some very special and heartfelt words considering that the gastronomic celebration was hosted on September 16th, Mexican Independence Day. He noted that Mexican cuisine was recently named an Intangible Cultural Heritage of Humanity by UNESCO, due to its ancient influences that still live on today.

The gastronomic feast continued in the shape of a menu of small tapas that were passed around Plaza Chavón. The crowd jumped on the opportunity to try the 13 course menu! Perhaps because of the crowd’s excitement, I was only able to try a handful of the menu items that reached our spot, with the Avocado Tequila soup being my favorite. While we would have loved to try the wide variety of dishes served, I must say the ambiance and the energy was top-notch! The live music, great cocktails and company made for a memorable night out on the cobbles of Altos de Chavón.

The weekend events continued on Saturday with an antojitos party on Minitas Beach and the grand finale was hosted on Sunday at the Beach Club by Le Cirque. I like to call the Flavors of the World Sunday Brunch “the FOTW Best Kept Secret” (US$50 for cocktail, bread and fruit basket, and 3 course meal!)…it really is amazing! This time around we tried a bit of everything. I went with the guacamole totopos and the Chef’s signature spicy Chilaquiles. My friends tried the salmon burger on a pretzel bun and sobrasada pizza. The desserts included a corn cake with gourmet ice cream and some fabulous torrijas. There was no better way to spend Sunday afternoon than brunching and mingling at Flavors of the World Mexico!

The pictures above and the ones in the gallery below of the Flavors of the World Mexico event on Friday, September 16 (Plaza Chavón) were taken by Mairobi Herrera:

and of the Brunch on Sunday, September 18 at the Beach Club by Le Cirque

And the following pictures of the brunch were taken by Alejandro Heredia on Sunday, September 18 at the Beach Club by Le Cirque.

Flavors of the World Mexico Brunch Menu Items taken by Armando Larrauri on Sunday, September 18 at the Beach Club by Le Cirque.