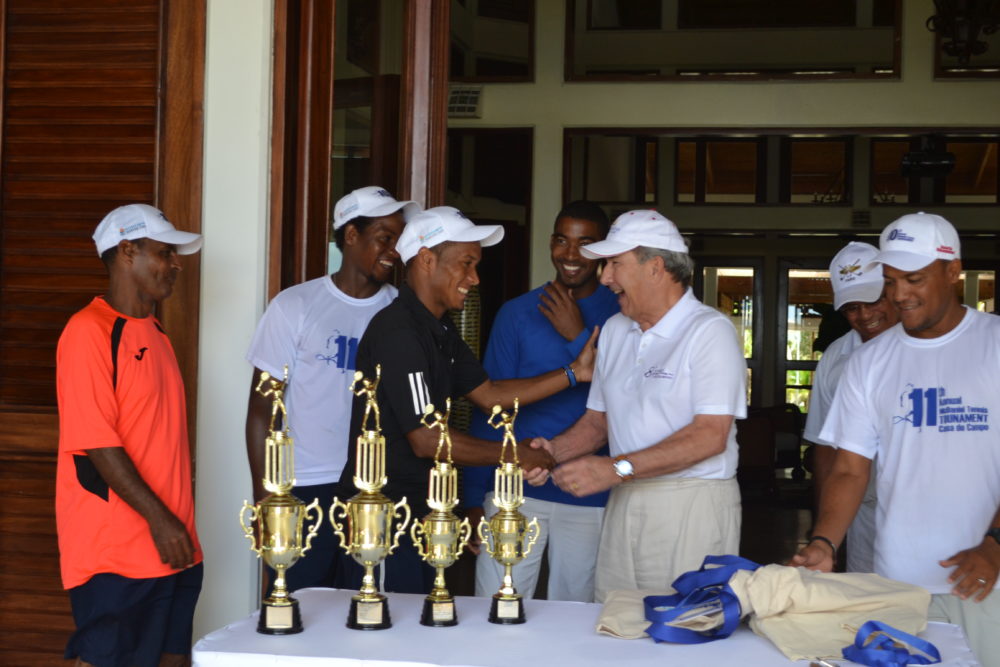 The Rick McDaniel Tennis Tournament begins next Thursday, March 9th! Everyone should come out in support of their wonderful cause which raises funds for the education and health insurance for the hard working ball boys and players of Casa de Campo. 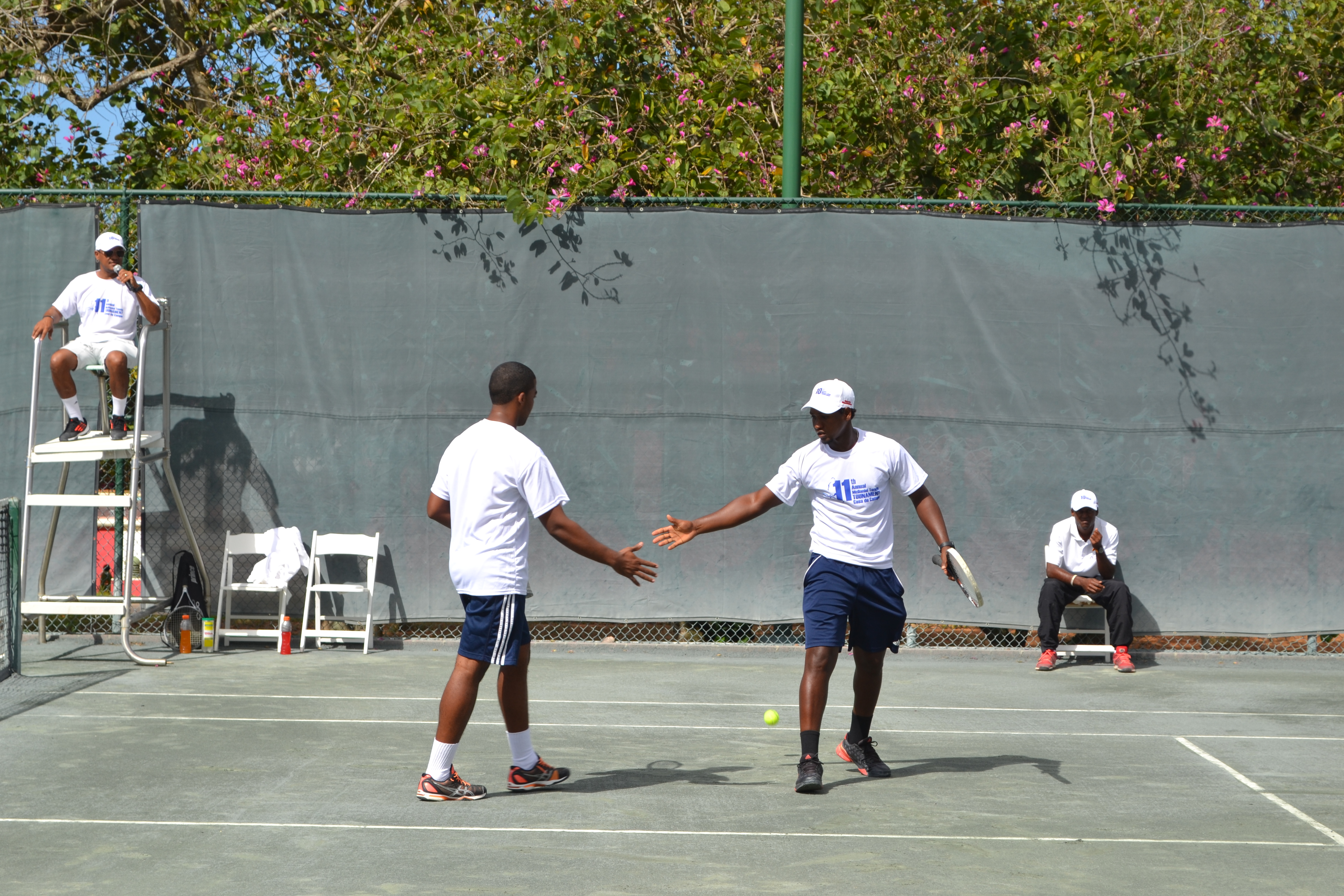 This is a 3-day tennis tournament that will be held from Thursday the 9th to Saturday the 12th of March, and the format continues to be an exciting pre-arranged doubles draw tournament with the 20 best players in Casa de Campo from both La Romana Country Club (where the event will take place) and from La Terraza. It’s going to be quite a match!

There will be a Sponsor’s Appreciation Luncheon, hosted by Marilyn and Marty Chattman, at the La Romana Country Club to honor the support of those who make the McDaniel Family Foundation a success. Plus, in order to say thank you to all who have donated, the McDaniel Foundation is hosting a celebratory river cruise on Saturday, March 11th! Two years ago we had an amazing time when they last hosted the river cruise and we are sure this year will be even better! 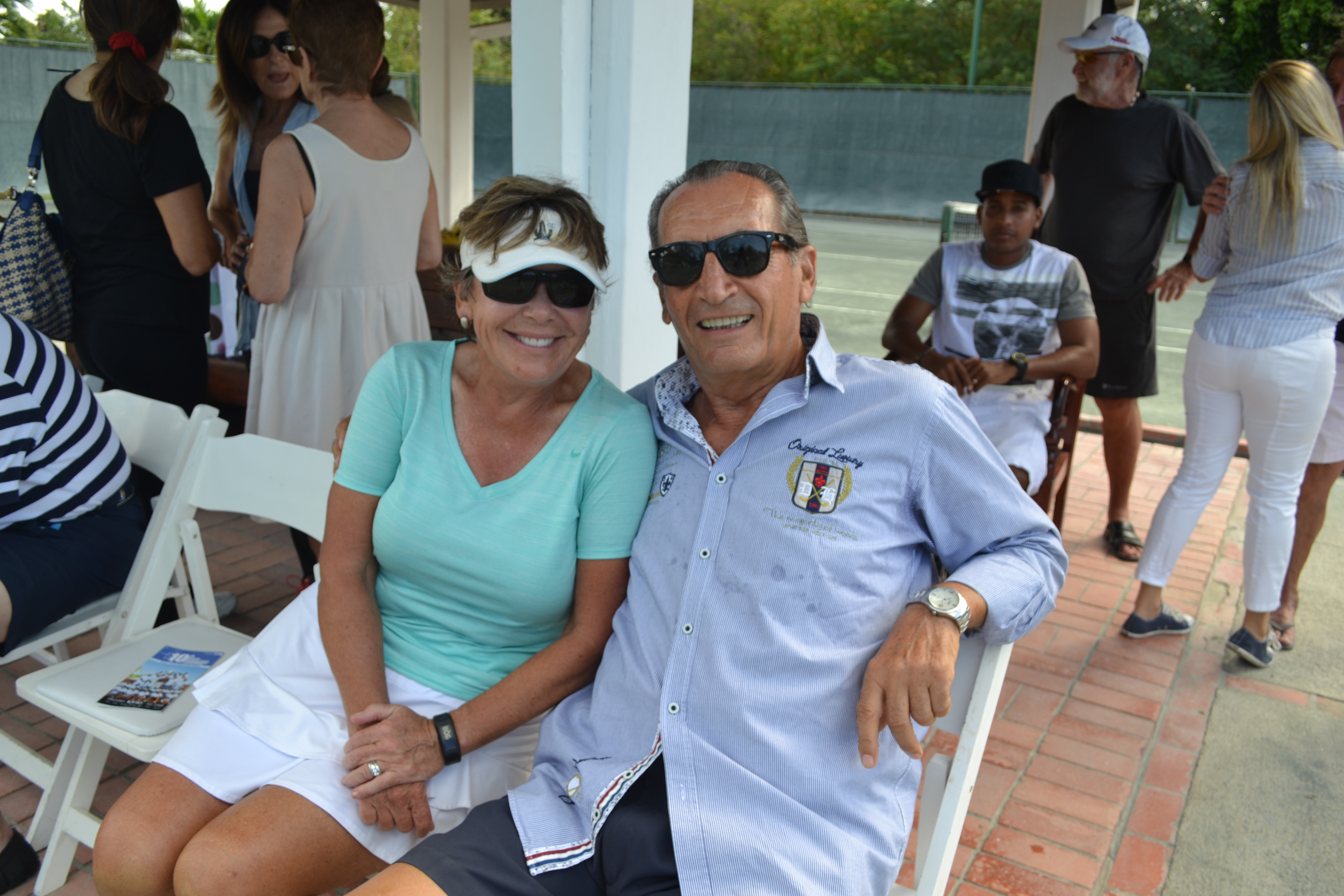 Become a sponsor, if you’re not one already, and lend a helping hand to the players and ball boys of LRCC. This year we hope the CDC community comes out to support and donate as usual!

Another weekend of superb tennis in the name of a great cause is in store! We hope to see you all there next week.

Wednesday March 8th, noon – Sponsors appreciation lunch hosted by Marty and Marilyn Chattman (by invitation only – for sponsors donating US$150 or more) – read our coverage from last years luncheon here.

Sunday March 12th, 4pm – Finals at La Romana Country Club followed by the Awards Ceremony for all the players at 6pm 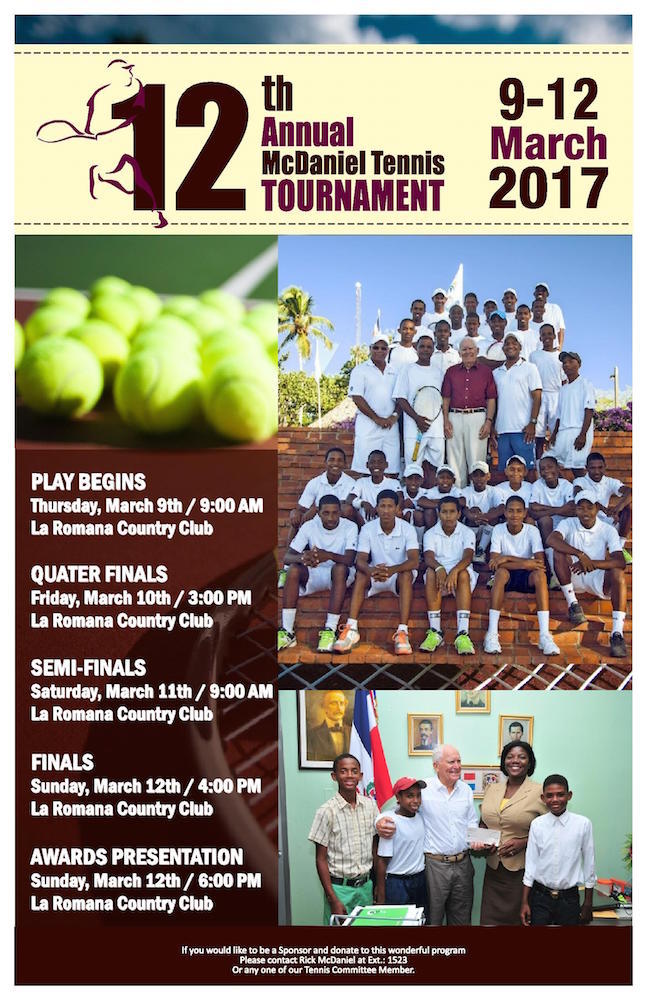