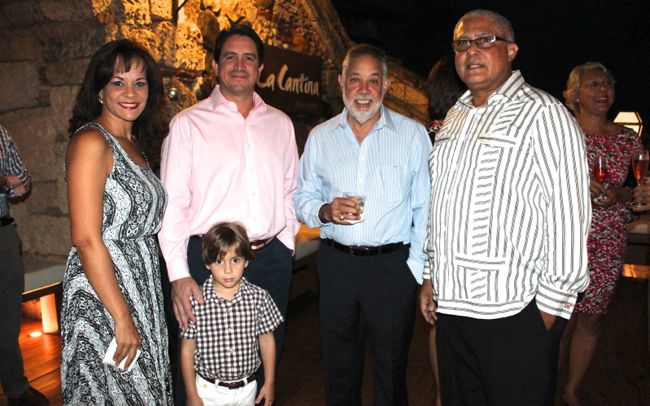 Playing the glamorous hosts of the occasion were Raisa and Manuel Tapia, as well as their son Ramon Tapia, also in attendance was Philip Silvestri and Rebecca Hughes of SILGON.

The group enjoyed Chivas Regal 18 on the rocks, as well champagne from La Enoteca and plenty of dominican picaderas catered by La Cantina Latin Bistro in Altos de Chavón, where the gathering took place.

Ramon and Michelle Tapia with Rebecca Hughes and Philip Silvestri

The 36th anniversary celebration also marked the 1st year anniversary of MARAT Legal opening their office in La Romana – located just outside of Casa de Campo in the Zona Franca (free zone). Having concentrated their base of operations in Santo Domingo since 1978, as Casa de Campo villa owners, Manuel and Raisa Tapia decided to also open an office in La Romana to allow them better serve local clients.

Congratulations to MARAT Legal and SILGON! May the success of both continue!

Marat Legal is a boutique law firm, who specialize in the personal treatment of their clients. They offer a wide range of legal services and are proud to be known for their expertise and professionalism.

Their areas are expertise include:

The following video is in Spanish, but is a fantastic overview of who Marat Legal is and what they do: