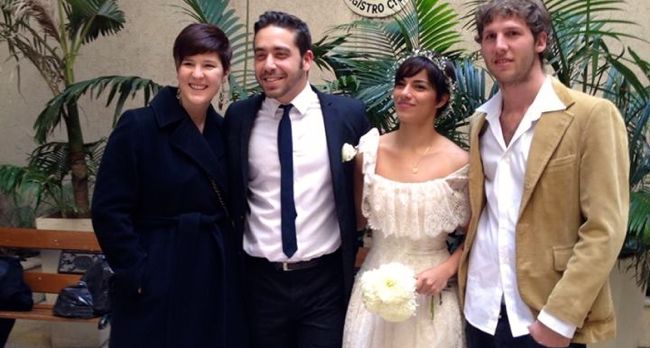 They did it! Nashla Bogaert, leading actress of newly released film “¿Quien Manda? and Casa de Campo’s own David Maler today exchanged “I do’s” and are now officially married!

In an interview published earlier this week, David Maler told Casa de Campo Living “I fell in love and am getting married to an amazing person from the Dominican Republic [Nashla Bogaert]”, and today in an intimate ceremony in Buenos Aires, Argentina the couple officially tied the knot.

Having proposed to Nashla Bogaert via Skype just a few short weeks ago, David who is also an actor, told Casa de Campo Living that following the official ceremony in Buenos Aires, “we’ll have a bigger wedding back home in December.” And as home for David is Casa de Campo, La Romana, we can look forward to another ceremony in Casa de Campo – perhaps in the breathtaking St. Stanislaus church in Altos de Chavón?

Congratulations to David Maler and Nashla Bogaert – the new Mr. and Mrs. Maler!