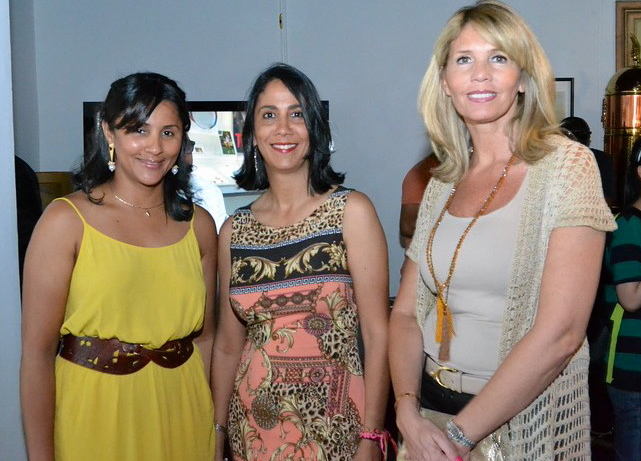 Again the Casa de Campo Yacht Club dazzled the distinguished ladies of the Casa de Campo community with this year’s sixth edition of the Café de la Leche held last Friday, June 5th. In this special occasion everyone laughed out loud with the jokes and wit of the Dominican comedian Carlos Sánchez.

Every year the Cafe de la Leche edition hosted at the Casa de Campo Yacht Club  is one of the most innovative; in June 2013 The Muse Seek Project by Maria Battle was lauched, and a year later (June 2014), we were all impressed with a magic show by Malabarte Productions from Santo Domingo.

This time, in addition to collecting the contributions for the nursery room of the Hogar del Niño, there was no shortage of fun and laughter as Sanchez, one of the country’s most outstanding comedians, entertained the crowd with his hilarious “Stand-Up Comedy” performance.

For those ladies who have recently joined Casa de Campo of for those who are interested in taking a more active role in the community, Café de la Leche is a great way to get together with fellow community members each month, as its main purpose is collecting milk for the nursery room at Hogar del Niño. The nursery provides more than 800 bottles of milk per day to 200 babies; the Café de la Leche allows Hogar del Niño to cover 60% of their needs. To contribute to this great cause you can attend the monthly gatherings with contributions of milk or with a collaboration of RD$1,200.

The following photos were taken during the sixth edition of the Café de la Leche held at the Casa de Campo Yacht Club in the Marina Casa de Campo on Friday, June 12, 2015:

The Cafe de la Leche is a monthly charitable event, a little like a coffee or a tea party held for the ladies of Casa de Campo (although men are occasionally invited) and usually takes place on the first Friday of the month, hosted by a member of the Casa de Campo at her Casa de Campo villa or occasionally restaurant/business.