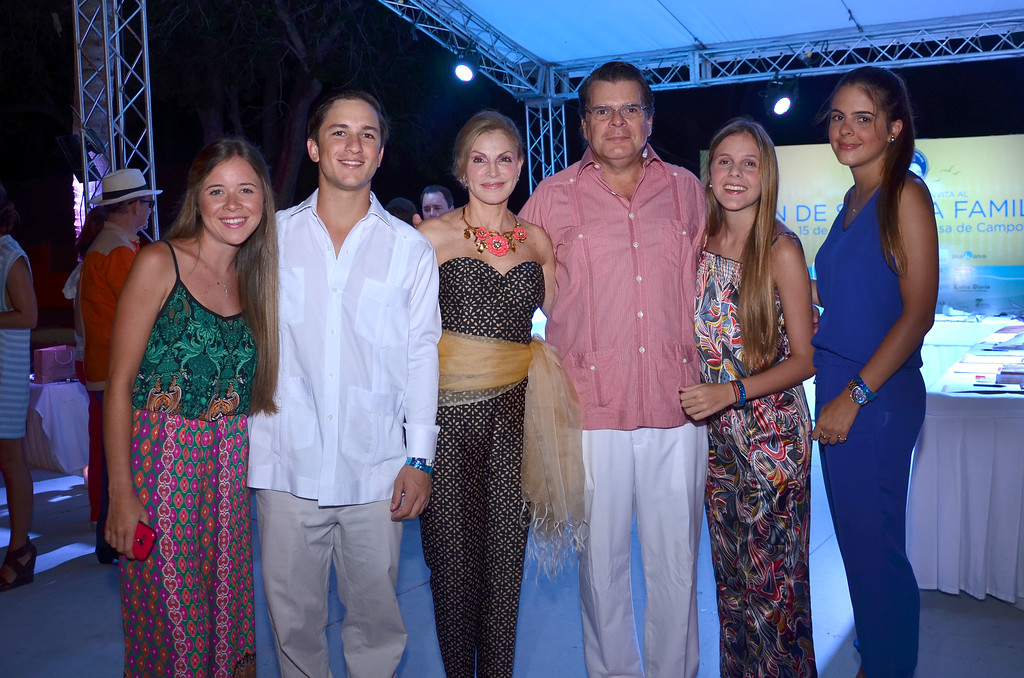 So far we have shared results and PICTURES of the Fundación MIR’s Family Weekend golf and tennis outings held on August 15th. Since we like to leave the best for last, its time to show you pictures of the dinner, dance and the amazing party which took place at Minitas Beach that night. And as if that were not enough, we put together an awesome video summary of the entire event!

On this warm breezy night, guests entered Minitas Beach and were cheerfully greeted by students from the MIR schools as they walked on a candle light pathway towards the dinner and cocktail venue. After community members mingled and enjoyed Chivas 18 at the cocktail hour, everyone was encouraged to take their seats for dinner. Everything at the dinner and desserts stations was delicious, encouraging many to go up for seconds!

With Pamela Sued once again acting as Mistress of Ceremonies, the ceremony began with Lian Fanjul de Azqueta and Lyanne Azqueta taking the stage and welcoming their guests and supporters, thanking everyone for their generosity in supporting the Fundación MIR, and were later joined on the stage by a group of graduating pupil’s from the MIR schools. Some of the students showed outstanding courage and stage presence as they shared with guests how thankful they are of Fundación MIR’s support and how some of the graduating students will go on to lead exemplary lives thanks to what they have learned at MIR’s schools.

Meanwhile, before the evening continued with dancing, the winners of the golf and tennis tournaments were awarded their much-deserved trophies!

Once the ceremony came to end, live music which got everyone up out of their seats and dancing to merengue, bachata and salsa tunes, as well as an occasional “pop” song. The after-party continued as everyone gathered by the main beach bar ’till late at night with DJ Gringo, who flown in from Miami!

And if you were wishing you could relive it all or wish you would have been there to experience it for yourself, just click on our summary video below to relive all of the weekend’s celebrations now!