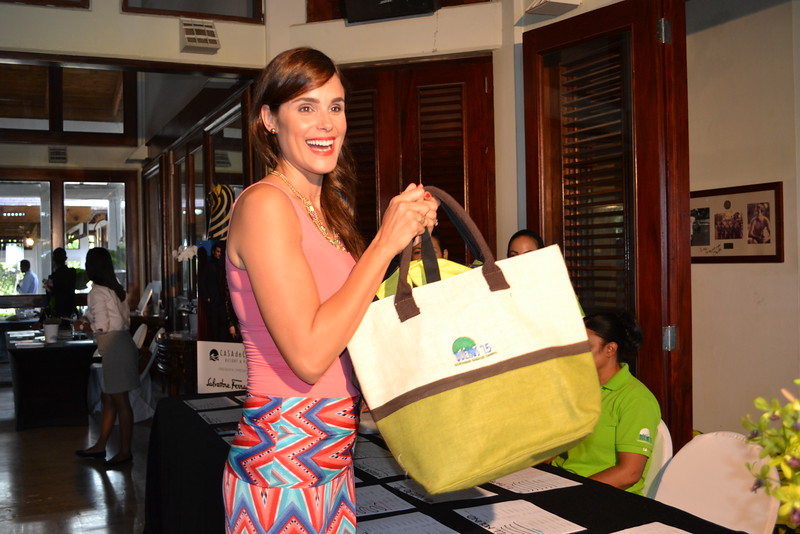 This past Friday, on October 30th, began the legendary Dueños weekend in Casa de Campo with the “entrega de regalos,” a traditional activity within the community, where villa owners and residents share in an excellent time and receive Dueños souvenirs.

The idea is to make this ordinary activity a little more entertaining, where the Casa de Campo villa owners not just receive goody bags containing polo-shirts and the coveted Dueños umbrella, but also can find out more about their resort through a small exposition showcasing different departments of Casa de Campo.

Among the various services and activities promoted by Casa de Campo were the Golf Department, the Polo and Equestrian Department, and the Tennis Department, which presented its recent association with Jim Courier Tennis. Also advertised, was the new concept of the Casa de Campo Gym, introducing professional trainer Eduardo Mena. Attendees discovered Kryolan, Casa de Campo’s newest make-up studio, and learned about summer camp activities through the Family Programs and children’s daycare, La Vecindad at Casa. The Food and Beverages Department provided delicious cocktails while we applauded these introductions and that of FCBEscola, a new football soccer academy for children. For the first time in the Dueños “entrega de regalos,” were restaurants Pubelly and SBG, that left everyone excited and enamored with the new dishes on their menus. Appetizers were so yummy they disappeared as soon as waiters exited the door!

The following collection of photos were taken during the “entrega de regalos” of Dueños 2015 at the La Romana Country Club in Casa de Campo, last Friday, October 30th: