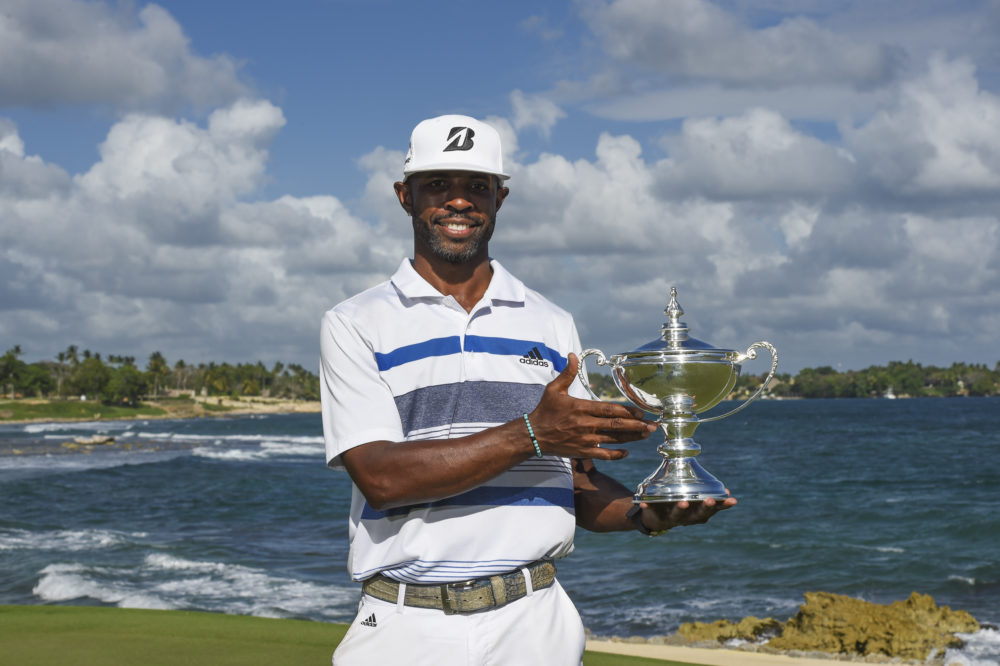 Casa de Campo has been buzzing excitement from all the golf events that occurred last week. Starting with the DR Open Qualifier on Sunday and moving on to the ProAm on Tuesday, the tournament officially began on Wednesday, and was the first day of the 4-day DR Open. Organized by FEDOGOLF, this 6th event of the PGA Tour Latinoamerica 2016 brought in 144 players from 23 countries playing at Pete Dye’s world ranked golf course, the Teeth of the Dog. This year, Timothy O’Neal, USA, won his 3rd tournament of his PGA Latinoamerica career!

As we had pointed out, the Americans were in for the win during this tournament, Looper having a steady lead during the first 2 rounds after a 3-under 69, with William Kropp one shot behind. After two consecutive days leading the tournament, Looper has had four rounds where he has been a leader, or co-leader, throughout his career in the PGA Tour Latinoamerica.

All considering him a favorite to win, it was Saturday’s game that put Timothy O’Neal ahead. He carded a 1-under 71 to secure the win at 10-under 278. “I’m glad it’s over,” O’Neal said, relieved after surviving a triple bogey on No. 15, where he hit two balls into the ocean. “I was playing well. I was 4-under par through 14 and got to 15 and didn’t make a bad swing and walked off there with a seven, you know. When you get on those last three or four holes no lead is big enough with that wind blowing.”

No. 15 provided Rafael Echenique an incredible opportunity to move past him, but he was unable to after chipping into a dangerous pin and walked away with a disappointing double bogey. On the final three holes, including a lucky break on No. 17, O’Neal pulled away as both Echenique and Sebastián MacLean lost ground, the latter winning 3rd place and Echenique 4th.

In 2013, O’Neal won the Colombian Open and the Chile Open and went on to finish inside Los Cinco, who move up to the Web.com Tour. With his win on Saturday, O’Neal became only the fifth player to reach three career victories on PGA TOUR Latinoamérica. The $31,500 dollars winner’s check improved his season earnings to $36,593, and he jumped from the 47th spot to 6th on the Order of Merit, which is led by Argentina’s Puma Domínguez.

The following collection of photos were taken by Enrique Berardi during the Casa de Campo DR Open 2016 played on the Teeth of the Dog: