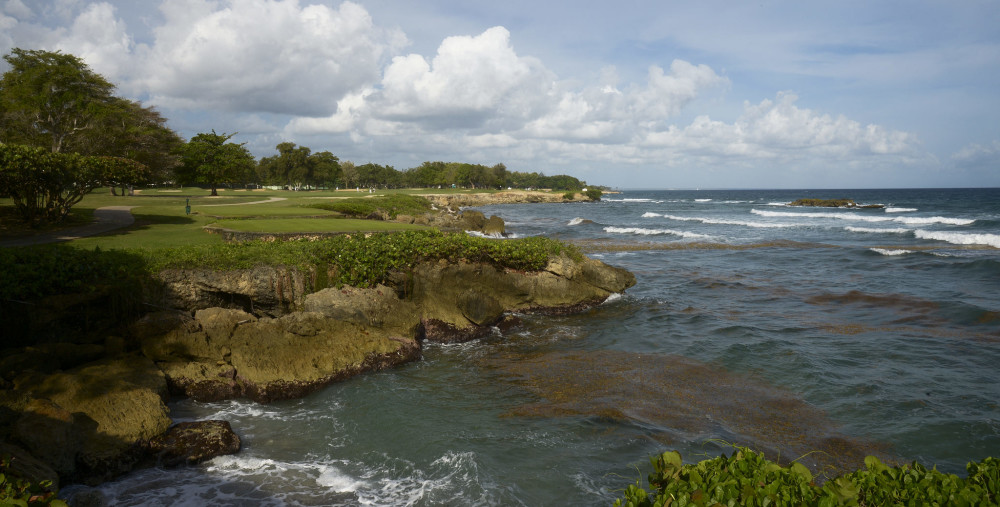 All of Casa de Campo golfers should be really excited as the PGA TOUR Latinoamérica will soon be here in the Casa de Campo DR Open golf tournament! For the third consecutive year, Casa de Campo is honored to be hosting this event which brings to our tropical paradise the best professional golfers in Latin America (and the world!) to play in the Caribbean’s No. 1 golf course, the Teeth of the Dog.

The Casa de Campo DR Open is organized by the Dominican Federation of Golf (FEDOGOLF) and it will take place from May 11th – 14th in the Teeth of the Dog, but also remember that tomorrow, May 10th, Casa de Campo will host the DR Open 2016 Pro Am where our own golf enthusiasts will have the opportunity to play all 18 holes alongside a top Latin America PGA Tour player!

Among the 25 countries represented in the DR Open are the United States, Brazil, Argentina, Mexico, Uruguay, France, Canada, Spain, Puerto Rico, Columbia, Austria, Venezuela, Italy, Chile, Britain and of course the Dominican Republic. Last week we announced the DR Open Qualifier that took place yesterday, May 8th at the Dye Fore. Even though it rained non-stop on Saturday, golfers were blessed with a sunny morning where they were able to play for one of the 10 spots in the DR Open 2016. 34 players enrolled but only the following 10 earned one of the coveted spots. Thanks to this, there will be two more Dominican players in the DR Open!

The championship rounds will be played on the Teeth of the Dog Wednesday, Thursday, Friday, and Saturday. After the second, round 55 players will be cut from the playing field and the finalists will play the final two rounds. These finalists will each win part of the US$175,000 prize, while the overall winner of the DR Open in Casa de Campo will take home a grand total of US$31,500!

1. ‘Los Cinco’: These are the players who top the Order of Merit of the PGA TOUR Latinoamérica (the ones that have earned the most cash this season!). At the end of the season the players who remain as part of “Los Cinco” will go on to the Web.com Tour. At the moment they are:

2. Willy Pumarol, plus the 2 golfers that earned their spots in yesterdays qualifier, Marcos Polanco and Ramon Mendoza are the only professional Dominican golfers playing in this this year’s DR Open 2016, PLUS Willy Pumarol is the only dominican PRO player in the PGA TOUR Latinoamérica.

3. Sam Fidone: He was the winner of the Honduras Open last week where he hit an eagle on the 72nd hole to earn his first PGA TOUR Latinoamérica victory.

GET OUT ON THE COURSE! ETIQUETTE & TIPS FOR SPECTATORS