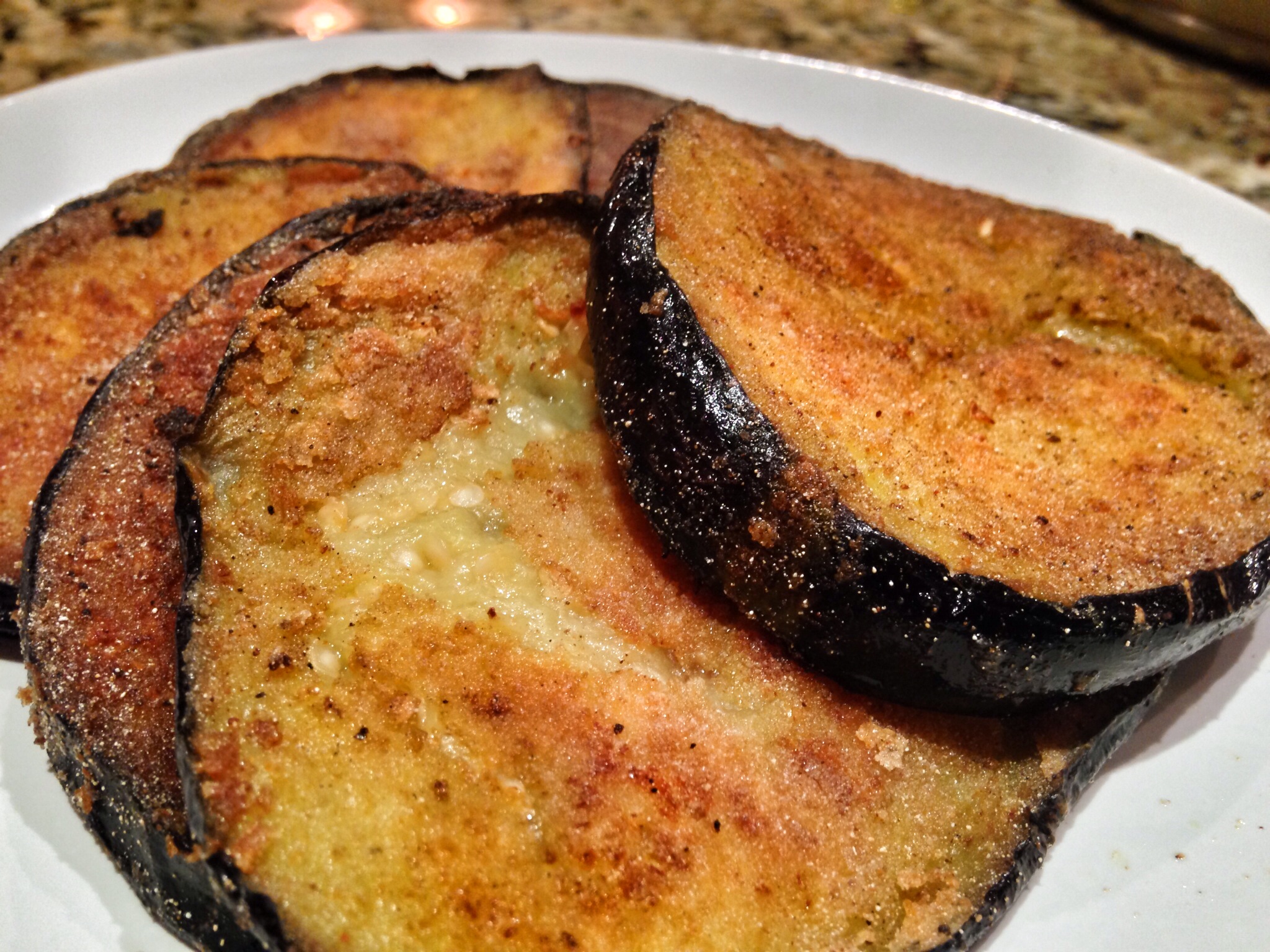 Are you on a diet? Then stop reading and go eat a carrot stick instead! Or do you want to taste the most devilishly delicious thing since putting butter on a poptart? In that case allow me to introduce to you… spicy fried eggplant.

I’ve made cooking, and more specifically healthy, gluten-free cooking my hobby, so recently when I came home from work to find little more than eggplant in the fridge I started googling recipes.

In fact, having only just discovered the virtues of rice flour (click here for my recipe for left-over porridge cookies with rice flour ) I decided to google “rice flour eggplant”. The first recipes I found were for eggplant fries, but as that required at least 2 hours of soaking, I moved onto “Begun Bhaja”. The recipe looked quick and easy enough, and I had some of the ingredients, so I thought I’d give it a try.

Following a few recipe tweaks (due to lacking ingredients), the resulting dish, what I shall call “fried spicy eggplant”, was delicious. Only problem? The oil. Now I wasn’t born yesterday so I did already know that eggplants absorb oil, I just had no idea how much. Eggplant is natures sponge. I tried to lightly grease the pan with a small amount of coconut oil and that did not work, what did work was lots and lots of oil. So much oil that I will never cook this recipe again, and will have to politely decline any future opportunities to eat fried eggplant.

But gosh they were good!!! So if that hasn’t put you off, here’s how it’s done!

Oh and for those of you still wondering about the ‘butter on a poptart’ reference, it’s from Family Guy. Watch the video below and all will be revealed!