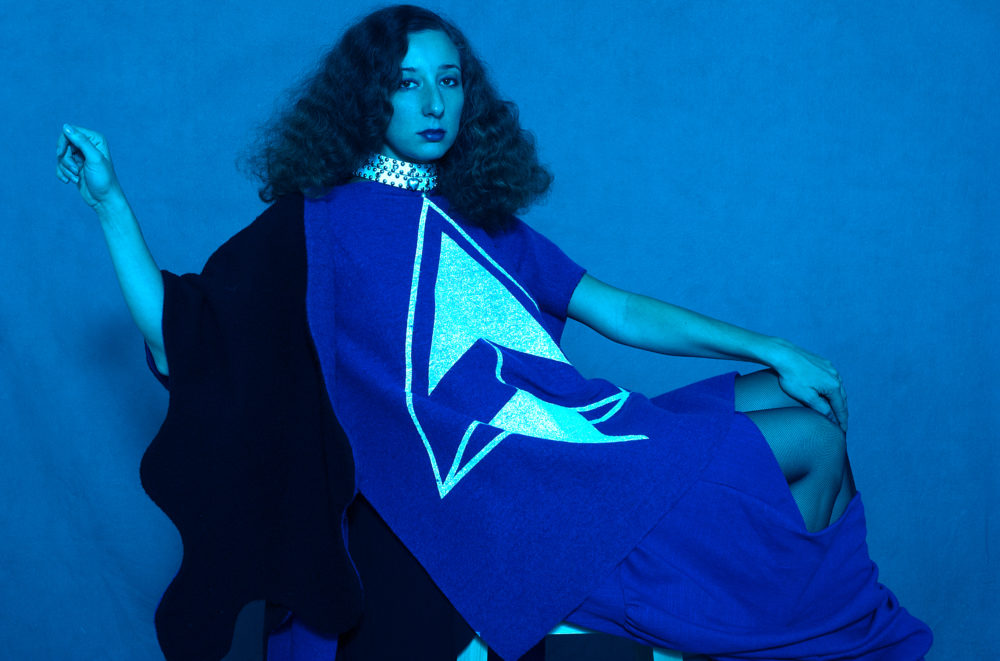 Mariela Sabino who brought us her insider’s look into Davidoff’s Artist in Resident Diego Cirulli’s latest exhibition “Hollow” in Berlin, delves into the pursuit of a career in fashion design following the storyline of Chavonera Ambra Fiorenza:

The beauty of studying at the Altos de Chavón School of Design in La Romana isn’t only that you obtain the best art education, it’s that when you leave the school you realize you’ve gained an entire community as a family. Even if you don’t know the graduates in the years before or after you, the “Chavonero” title means a great deal. We are all over the world trying to put our art out there, and appreciating the education we’ve acquired from this outstanding institution.

In 2014, I was interviewed for the Dominican fashion magazine, BLUSH after working for Carolina Herrera in New York, and I noticed another “Chavonera” from the class of 2007 also a part of the issue. After reading the publication, I realized Ambra Fiorenza was living in Berlin which made me even more interested in her work as I hadn’t yet found someone from the same artistic community in Europe. I wanted to discover more about her and was motivated to travel to Berlin, in addition to seeing the “Hollow” exposition by Diego Cirulli.

As I learned, having a background in Fine Arts contributed to Ambra’s artistic development, but she was always curious about Fashion Design. It was Mandra (María Díaz), another “Chavonera” who influenced her to design. Ambra always had killer-shopping skills, often buying second hand garments at “La Pulga,” and Mandra enlightened her on recreating and transforming pieces, and up-cycling. Ambra travelled from The Dominican Republic to San Francisco and London in search of new opportunities where she progressed in sewing and opened her eyes to varying artistic esthetics.

Her inspiration led her to a dream to live in Berlin. She and I agreed drastic changes like moving from country to country will always be difficult when your support system is so far away. Ambra explained: “Winters were too cold and grey. This affects you on an emotional level. I didn’t speak German, and I didn’t really have a clear vision of what I wanted to do in Berlin.” Her decision to return to the Dominican Republic and pursue a career in fashion design at the Altos de Chavón School of Design in 2008 made for a good plan. “This was one of best experiences of my life. From the internal research, to the enchanting location and the connection with my professors made me understand that I made the right decision to go back and I don’t regret it!” Ambra said.

She later returned to Europe stronger and more focused, developing small collections with a signature style. It was difficult for her to produce a line without a fixed income so she continued her studies at the “Ecole de la Chambre Syndicale de la Couture Parisienne”. With an updated perspective of the fashion world on a global scale, she fought vigorously among her classmates for one of the five designers selected to present their creation at the “Musée International de la Parfumerie” in Grasse, France.

Ambra’s impressive textiles and exclusive prints intermix Fine Art and Fashion in innovative, yet contemporary style. She commented, “I started experimenting with textiles in Fine Arts class by creating an etching that I printed on fabric and made into a dress; this was my final project for the class of printings techniques with professor Ezequiel Taveras.” “Ambra Fiorenza Berlin” is all about creating a look according to your personality, a way of complimenting fashion by reworking art. The conception and establishment of an up-and-coming fashion brand is a huge investment in any part of the world. For Ambra, the rush and psychological pressure of thinking she was falling behind made her realize the importance of growing in the Berlin fashion scene. Her work-ethic focuses on selling, however with the important balance of staying true to her “niche”.

Ambra has participated in Berlin Fashion Week and Berlin Alternative Fashion Week, but explains the fashion industry in Berlin isn’t expanding as rapidly as other important cities: “Here growth is subtle. Berlin isn’t a rich city so it’s very difficult to sell because those who love fashion don’t have the money to pay for it, and those who have money are more mainstream.” As the investment in runway shows can prove costly and less than advantageous, more and more designers are opting for working on brands on the side while being employed at bigger name companies. A career in fashion design opens doors into many wonderful possibilities if you allow yourself to consider the wider spectrum of what the art can offer. Today, not only does Ambra Fiorenza have a fabulous atelier along with Argentinian fashion brand, “Therapy,” but she also works for one of the exclusive Spanish accessory brands, “Uno de 50”. Splitting time between a stable job and focusing on her personal brand, Ambra is a part of the Berlin “fashion tribe,” which allows her to expand her brand slowly and have faithful costumers who act as her brand promoters. She also has boutiques that believe in her product and breakthrough designs.

In the Dominican Republic, you can find her clothes at Diseño Local Store in Santo Domingo, and in Berlin she’s in two trendy stores named Creator and Sameheads. Visit www.ambrafiorenza.com if you are interested in seeing more of Ambra Fiorenza Berlin online. Thank you so much Ambra for receiving me in Berlin and showing me everything about fashion in Berlin! I know this is just the start of an amazing career!

She grew up between Naples, Italy and the tropical island, Dominican Republic where she studied first fine arts and then fashion design. While studying fine arts, she would feel the desire to use fabrics as her medium. She would reassemble old garments to create new clothes and she would customized what she wore. Always in search of an individual look that expressed her own view of the world. After graduating in 2009 she moved to Berlin, the perfect place to nurture her ideas. Here she created one of a kind pieces and capsule collections. In 2014 she decided to launch her label Ambra Fiorenza. In her creative process, she puts together personal memories from her life in the ebullient caribbean with her fascination for dark sensuous suspense to create pieces that exude a dramatic yet fun and very urban look. She uses techniques like screen printing, Tie-dyes, paints on silk and reworks the fabrics to create unique textiles. She researches new shapes through draping and pleating on the mannequin. Her aim is to make clothes that will enclose the right balance between humor and drama.