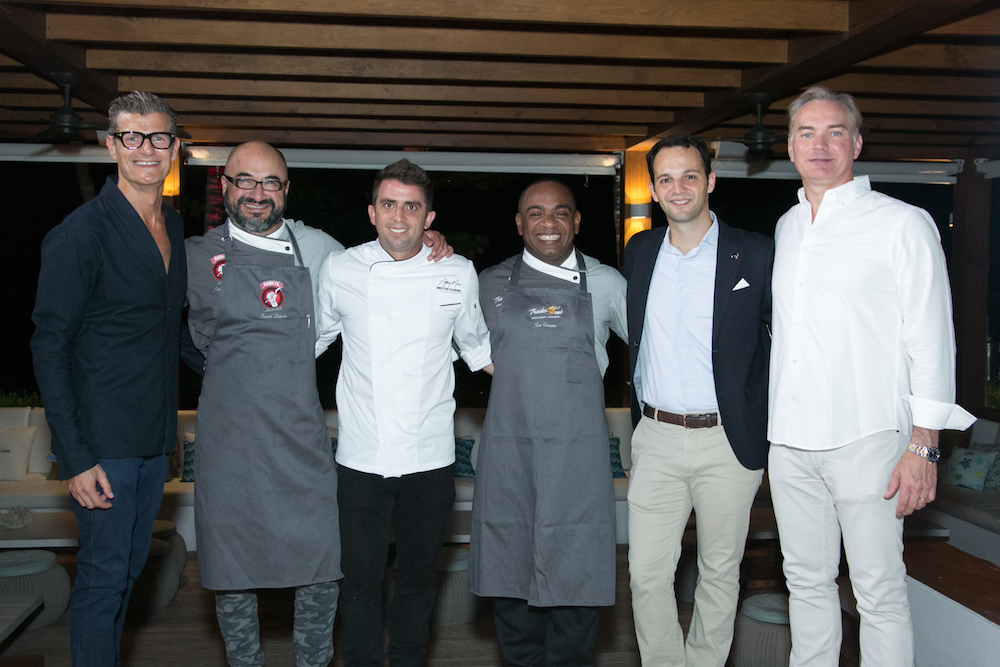 Last Thursday, July 4, and on a weekend dedicated to the Peruvian gastronomy, Casa de Campo Resort & Villas presented its Flavors calendar for 2019 at Minitas Beach Club.

Set with red and white lights in honor of Peru and with the sound of the waves in the background, hundreds of guests flocked enthusiastically to the Flavors event. A fantastic night where a variety of articuchos, seafood ceviche or chili pepper became the protagonists of the evening.

The event started at seven in the afternoon, when the sun was setting behind the sea while a Peruvian band performed some of the most legendary melodies of the Andean country. Cooking stations, a bar exclusively dedicated to pisco (traditional Peruvian wine) and images of the most amazing landscapes of Peru, submerged the audience in an absolutely magical atmosphere.

One of the most memorable moments of the night was the homage to the Peruvian chefs that were invited to this edition. The first notes of El Cóndor Pasa played, in their version of the Royal Philharmonic Orchestra of London. From the gloom, a line of light began to approach the guests, slowly, to the rhythm of the music. It was a procession of waiters who, with a torch in hand, presented the guests chocolate and pisco eggs. With the last note, an impressive display of fireworks illuminated the sky. A performance dedicated to the condor, one of Peru’s symbols which as the legend tells, was regenerated after his death acquiring more power, like the Flavors of 2019.

The same sensory level was extended during the weekend dinners, where the Casa de Campo Culinary Director, Anthony Masas, together with guest chefs Israel Laura and José Carlos Verano, prepared a seven-course menu inspired by the most representative dishes of the Peruvian gastronomy.

Organized as if it were a wine tasting, using unusual resources such as video or the disabling of sight, they considered whether it is possible to know a country, approach its culture or perceive the mood of its people through its gastronomy. An ambitious challenge from which they emerged more than victorious.

So in Tasting Peru you could discover a vibrant food like the streets of Lima; contrasted as its biodiversity of ecosystems; mestiza as its story; comforting, friendly and with a closeness that is characteristic of its people.

A fun, interactive and absolutely delicious way to enjoy a culinary act in capital letters. Tasting Peru was possible thanks to Mastercard and Casa Brugal.

Photos taken by Mairobi Herrera on Friday 5 and Saturday 6 of July during Flavors dinners by Casa de Campo Tasting Peru:

Next Flavors by Casa de Campo – Save the date!

Fire (August 2 and 3, 2019), questions how the Homo Erectus (the one that started to handle fire) could have done haute cusine. If in the prehistoric era there could have been gastronomy.