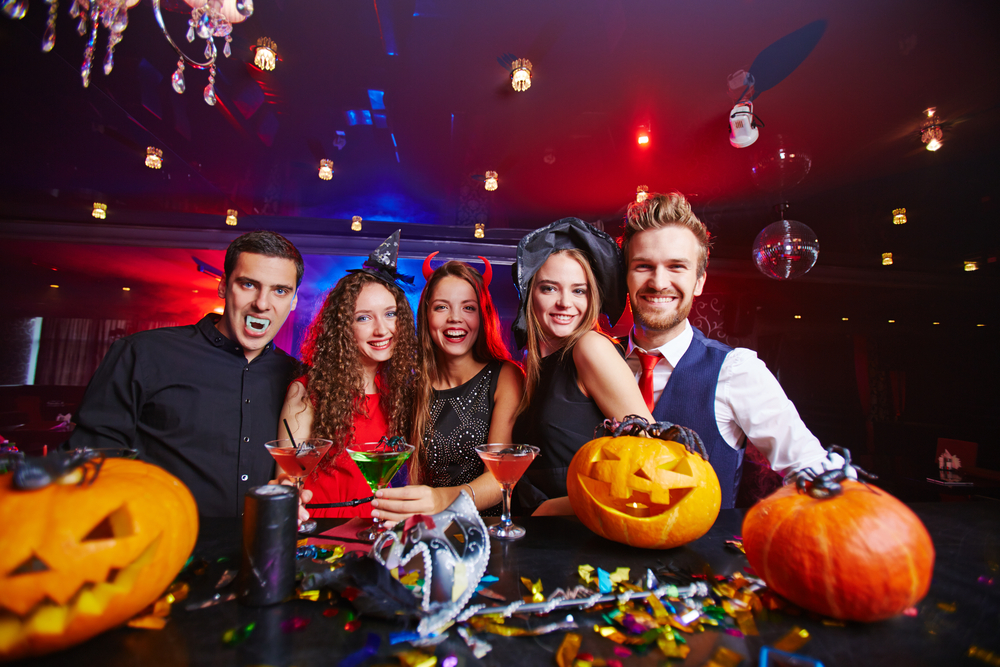 Halloween in Casa de Campo is not for the faint of heart! With parties rolling in that are going to be off the charts this season, we recommend those of you who are skittish to stay on the lookout! As the upcoming festivities draw nearer, we hope you’ve picked out your epic costume to debut at the electric parties below, but if not see our list of suggestions here!

Ghost and goblins and creatures of the night will be lurking about, especially at Cacique 31. The Simply Haunted Mansion will open at 10:00 pm on October 29th and feature a haunted house, three different DJs, one of them being DJ Miss Gem who was recently present at this month’s Café de la Leche, as well as live music and a band, costume contest, and premium cocktails and drinks all night long. The evening also serves as a fundraising event for the Colegio Cavalotto where admission to the spooky celebration is through donations on their website. A grand prize of US $500 will go to the best dressed costume. See their video invitation below to get excited for the wicked night!

For Halloween’s late nighters, Genesis Nightclub will be throwing a BIG party! With music by Joe Maz and a return live performance by the Gipsy Kings, party goers are in for a treat. Many outside of Casa de Campo are coming in for the Dueños 2016 full weekend of events, so we’ll surely see a packed crowd in Chavón’s favorite nightclub on Saturday well into the wee hours of the morning. Definitely plan on wearing your coolest wardrobe to this party too since a costume contest will result in one lucky winner taking home RD $30,000!

For the little ones in Casa, there’s plenty of fun stuff to do as well. Trick-or-Treating will be held on Saturday, October 29th at 6pm. Made for even the tiniest of pumpkins, children as little as 1 year old and up can participate in this activity. Gathering at the Villa Owners Club in the Marina, they’ll make their way door to door receiving candy and should come with their Trick-or-Treat bags in hand!

Plan your weekend in Casa with these fantastic ways to celebrate Halloween 2016!!

Access: Arrange for admission to the Haunted Mansion via SimplyHaunted.com or Eventbrite.com where you can access details about suggested donations. All donations INCLUDE OPEN BAR ALL NIGHT!