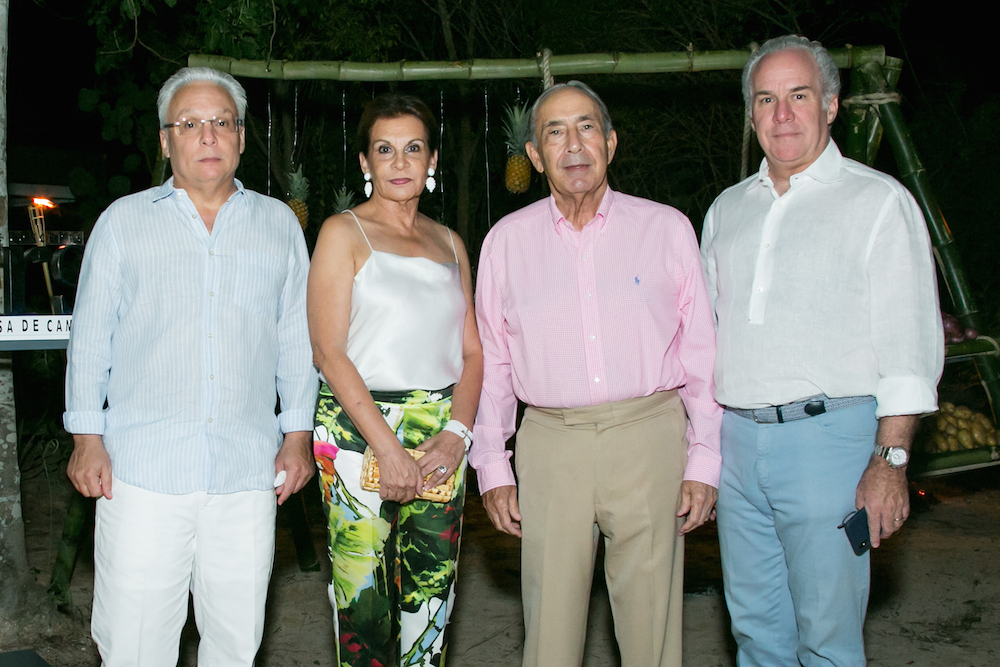 On August 2 and 3, such complex disciplines as primatology, prehistory or anthropology dressed in haute cuisine at Casa de Campo Resort & Villas. On this occasion the challenge was to create a menu of the highest gastronomic content with just one bonfire. Two memorable dinners were served, with preparations that varied from smoked, flame-cooked, grilled or embers, which were highly praised by the attendees.

The concept of Fire was based on evolutionary theories that establish how the ability of Homo Erectus to manage fire, 400 thousand years ago, was a turning point in the history of mankind. Numerous studies suggest that when cooking became more digestible food, so the body needed less energy to process them. This produced the surplus necessary for brain development. In the same way, since not much force was required in the act of chewing, the jaw and the set of muscles that surrounded it were reduced, favoring cranial growth and the increase of intellectual abilities. In other words, the kitchen made man an intelligent being.

If the inspiration was of high flights, the staging was the most theatrical. A torch-ridden road led diners to a fire-filled facility that welcomed them to an amazing gastronomic adventure. Bamboo bonfire structures roasted pineapples, octopus, piglets, lobsters, and “chinolas” (passion fruit) on different types of grills were heated in the embers. The ideal atmosphere for an evening where the magic and the power of fire gained its maximum splendor.

The atmosphere of the restaurant was not far behind and the impeccable linen dressed tables contrasted with the many bonfires and trellises where all kinds of food, fruits and vegetables, were being cooked. The fire-throwers, juggling pyrotechnics and smoking dishes on the table finished creating that unique environment, so characteristic of the Flavors gastronomic events.

This sensory framework served by Anthony Masas, the Culinary Director of Casa de Campo, presented a menu as unusual as it was delicious. Structured in eight courses, and observing the different heights of a campfire, the roasted coconut took the form of ice cream, the cassava or the onion became a delicious smoked puree. Dishes such as Black Scallop Ceviche, Partridge Button with Grilled Cipollini and buen pan or the Liquid popsicle of Guáyiga and ripe roasted plantain gave a demonstration of the skill, creativity, and sensitivity of a chef capable of successfully facing any challenge.

In short, with Fire the question of that hominid ancestor doing haute cuisine was resolved with imagination, resources, research, effort, and talent. An unusual and exceptional gastronomic experience, in the style of Flavors by Casa de Campo. Fire was made possible by Mastercard and the fantastic pairing proposed by Casa Brugal.

Next Flavors by Casa de Campo

Don´t waste (October 4 and 5, 2019) faces the integral use of food as an act of respect and connection with nature. A dinner in which we will make Haute Cuisine without waste.

Below a photo gallery taken by Mairobi Herrera during the Flavors by Casa de Campo Fire dinners: