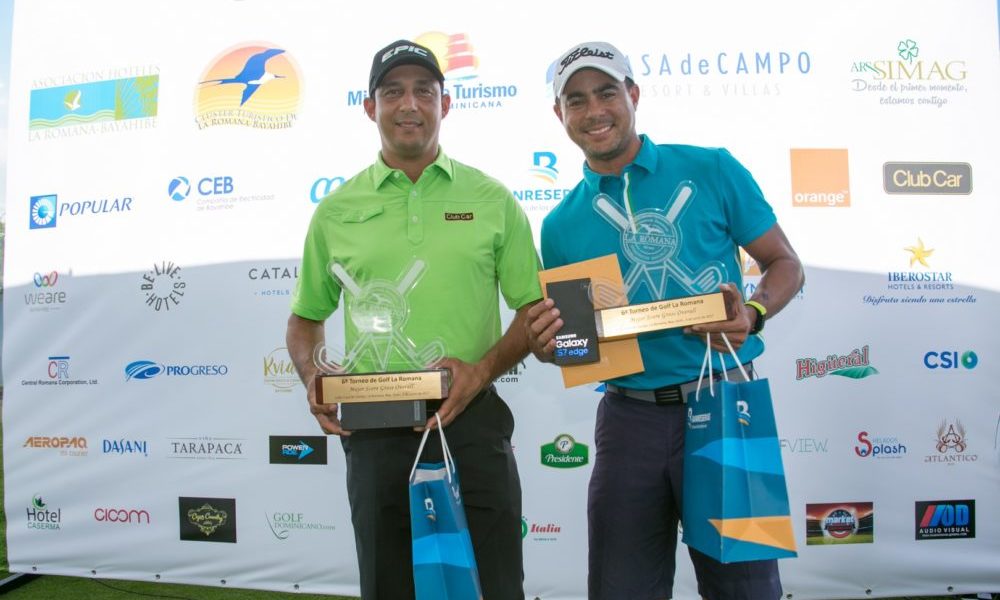 Earlier this month the La Romana – Bayahibe Hotels Association along with the La Romana – Bayahibe Tourism Cluster hosted the 6th annual La Romana golf tournament here in Casa de Campo. On June 3rd, more than 100 golfers rose early and met on The Links course to play in pairs under a Couples Best Ball format with 80% handicap. Congratulations go out to Cesar Rodriguez and Raúl Linares who obtained the best Gross Score Overall this year; and if you’re keeping tally, this makes Cesar’s third win in a row for the La Romana golf tournament!

Prizes for first place Net went out to Jeisson Rodríguez and Aarón Ravelo; in second place, Gerardo Genao and Pedro Goico; and third place, Mandy González and Abel González. For ladies, Mary Ledesma and Cecilia Rosado came in first place, and Josefina Pichardo Karina Mabrich in second.The tournament, with the objective of promoting La Romana — Bayahibe area as a premier golf destination in the Dominican Republic and the entire Caribbean, is doing a fine job. The event was well attended by many members of Casa de Campo and its surrounding regions. Folks out on the green saw a lot of familiar faces and returning players. During the awards ceremony, they enjoyed refreshments and cigars followed by some poker! Now that’s a way to enjoy golf.

This year’s edition was dedicated to Daniel Hernández, former president of the AHRB, as a token of appreciation for his contributions and commitment to the sustainable development of La Romana as a tourist destination. He along with Andrés Fernández, the newly appointed AHRB president, and Andrés Pichardo, president of Casa de Campo Resort & Villas, handed out prizes and certificates to the winners, which included hotel stays of up to five days at resorts along the Rivera Maya in Mexico, in Dominicus, and Casa de Campo, as well as the latest generation of phones from Orange and cases of wine by Tarapacá. For the full list, click here and make sure to join the tournament next year to have a chance at these awesome prizes!

The success of the tournament was made possible by a number of companies working to continuously promote the Dominican Republic as a top level tourist destination. The following gallery of images was taken by Mairobi Herrera on Saturday, June 3rd, courtesy of the La Romana-Bayahibe Tourism Cluster: