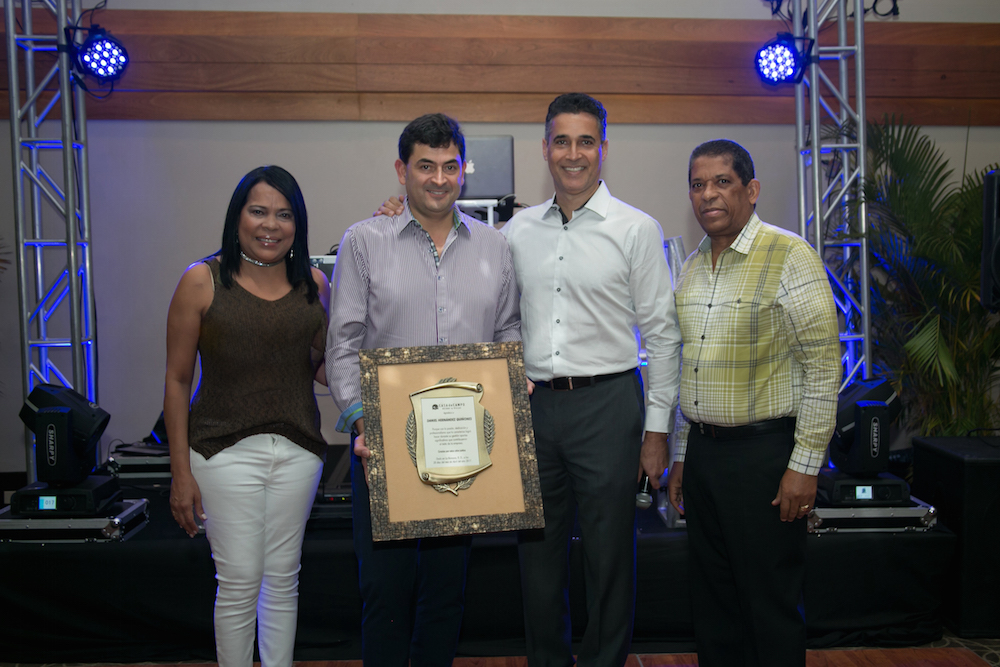 Daniel Hernandez from Colombia started working as the general manager of the Casa de Campo hotel in 2010 and since then we have come to know him and his friendly smile very well. It seems that whatever was going on in Casa de Campo, Daniel Hernandez was there playing the role as host perfectly. Friday, April 28th Casa de Campo Hotel and Resorts bid farewell to this incredible human being who has become more of a friend to everyone in Casa de Campo than a co-worker.

Daniel Hernandez started his career in Bogotá, at many important hotels including La Fontana, Royal Hotels, Suites Lugano Imperial, moving later on to Mexico, where he was also director of many “Leading Hotels of the World” resorts. His career in the Dominican Republic first started at Sunscape Casa del Mar as general manager, and later assumed the same position at Dreams Hotel Punta Cana and then Dreams Hotel La Romana – undoubtedly giving him great experience in the tourism sector – which led him to his position of general manager at Casa de Campo. During his time in the La Romana – Bayahibe area, for several years now, he has also carried on the duties of president of the La Romana – Bayahibe Hotels Association.

The last Friday of April was Daniel Hernández’s last day as Casa de Campo’s general manager, and as a farewell a cocktail was organized in his honor in the Flamboyan conference center where friends and companions for the last six years shared a wonderful time together of good memories and special anecdotes, thanking him for his excellent performance and wishing him well in his new endeavors.  The hotel presented Daniel with a plaque as recognition for his time here and Andrés Pichardo Rosenberg, President of Casa de Campo Resort, shared with those present a small summary of Daniel Hernández’s work history, as well as the distinctions that highlight his very significant professional contribution to the hotel industry of the Dominican Republic.

Daniel Hernández said that the past couple of years have been very successful and fruitful, marked by constant learning and pride of having worked alongside a team of responsible colleagues who also identify with a service that stands out for its hospitality and excellence at the same time. Best of luck Daniel Hernández in all your future projects, we are sure you will do great!

The following gallery of pictures was taken by Mairobi Herrera showing the atmosphere full of brotherhood and camaraderie that was displayed throughout the night: